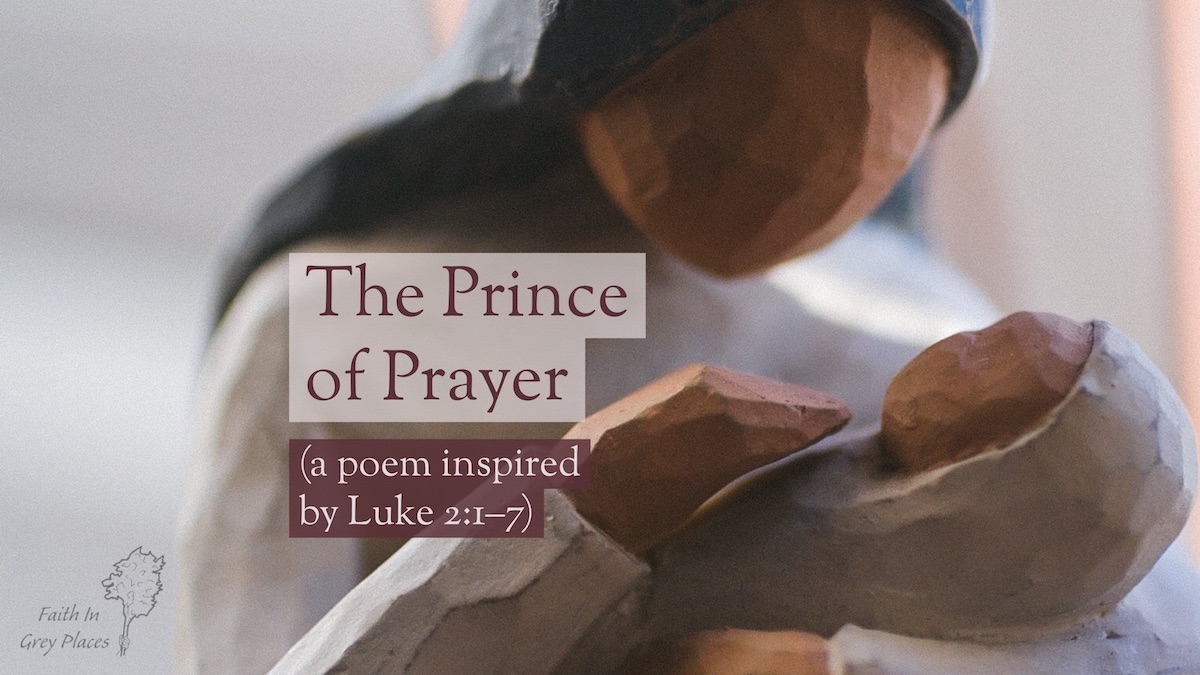 Today’s reading is Luke 2:1,3–7. It’s  the story of Mary and Joseph going to Bethlehem. There, Mary gives birth and famously places Jesus in a manger because there was no room in the ‘inn.’ (My post from Christmas Eve last year has some useful notes on this word.)

Mary and Joseph travelled to Bethlehem in response to a Roman census. Bethlehem was the town of David, from whom both Mary and Joseph were descended, so that’s where they registered. Though Joseph’s ancestry was probably what counted for these purposes.

There is a lot to be said about citizenship and the politics of being counted. People can be counted for different reasons, not all of them hospitable. As I went through these verses, I was struck by the level of mass upheaval Caesar Augustus caused (albeit this was relatively temporary).

So for today’s poem, I wanted to focus on the contrast of his power with that of Mary.

By the way, Mary and Joseph had to travel ‘up’ to Bethlehem; that’s because, although it’s south of Nazareth it has a higher elevation. Also, Bethlehem literally means ‘house of bread.’

The title of this poem is a twist on ‘the Prince of peace,’ which is a title attributed to Jesus. There are always two sides to this.

On the one hand, there is his justice and compassion for the poor – which is what I covered in my poem The King of Peace a couple of weeks ago.

But there’s also the meaning of being able to conquer all opposing forces. In fact, there’s a verse in the Psalms about God addressing someone, inviting them to come and sit until God has made all of this person’s enemies into a footstool. It’s a pretty dramatic image and… well… Jesus attributed this verse to himself (Matthew 22:41–45). It’s Psalm 110:1.

I wrote more on how we wrestle with Jesus as a king, or even a conquering king last year in this post on Psalm 110 and this post on Zechariah 9. (Actually, the whole of week 5 in that series was about Jesus’s identity as king.)

In many ways this poem revisits that theme, but it also grounds it within Jesus’s humble circumstances.

The Prince of Prayer

Princes sit
And incense rises in a slender thread.
It bends at the wave of a hand,
It scatters at the flick of fingers.

Princes sit
And shoulders heave beneath marble thrones.
They march at a word of summons,
They are counted at the whim of politics.

Princes sit
And a woman strains in the throes of labour.
She squats amongst the strands of straw,
She cries with the tears of delivery.

Princes sit
And an infant lies in a manger.
He squints against the flicker of torchlight,
He breathes into the cold of the night.

Princes sit
And a prayer rises from the House of Bread.
“He levels the thrones of the mighty,
He scatters the proud of heart.”

Photo by Phil Hearing on Unsplash