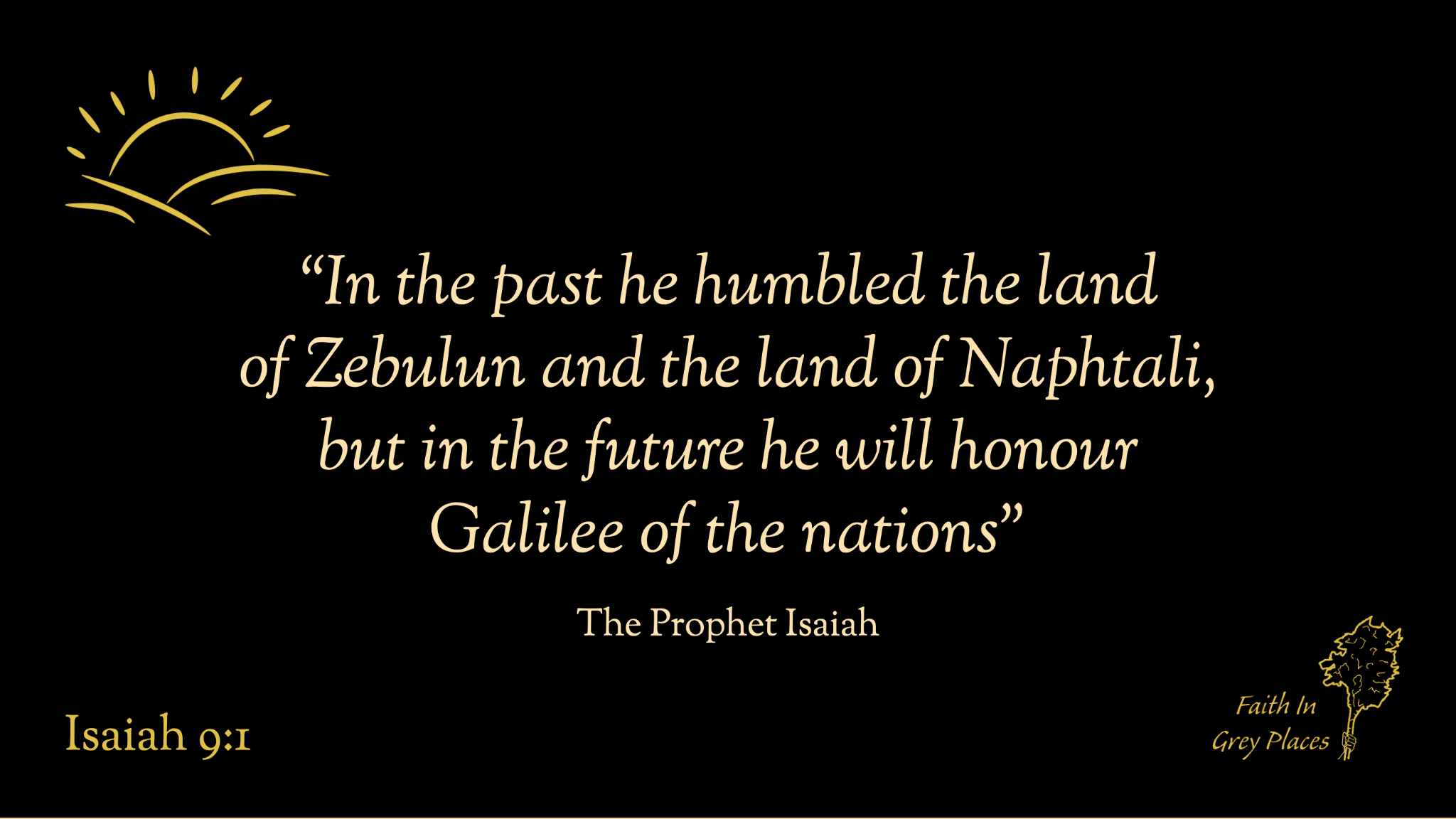 This is a story that begins with tears.

Well, that’s where many biblical authors chose to start when they told their stories. And I am glad. 2020 has been a year of tears for many people. Christmas needs to meet us in our tears. It has to understand lament. Otherwise, how can it speak about hope? How can it offer comfort?

All that said, I found something else very uncomfortable about the Christmas story: it also ends with tears.

Now, I admit the Christmas story is not the last story to be told. Like Julian of Norwich, I believe that ‘all shall be well.’ There is a happy ending yet to come, an eternity of happy beginnings that will never spoil or cease.

But despite that hope, it’s also true that we don’t see all that we long for. Not in the here and now. And that can be hard to bear, especially when the season of goodwill comes to a close and another year of uncertainty descends.

I do believe the stories of Jesus’s life are powerful enough to sustain us through this time. But as we engage with the Christmas story we have to recognise that it’s not complete. Rather, it’s a world-changing chapter of a greater story that is still unfolding.

And that can be frustrating, even painful, knowing that we are caught in this in-between time. But it also means we have a chance to leave our own imprint in history.

This is a chance not to be missed.

The text I’m focusing on this week is an Old Testament prophetic poem: Isaiah 9:1-7.

The Bible has many different genres within it; prophecy was about speaking God’s perspective to people. It could be explicitly clear or mysteriously cryptic; even prophecies that we now think spoke about the future often had a contemporary interpretation.

I heard this particular passage from Isaiah every Christmas while I was growing up. Churches across the country read it in their carol services, interpreting it as a prediction of Jesus’s birth and ministry.

If you’re not familiar with the Bible, it comes in two parts. The first part is the sacred text of the Jewish people, commonly referred to as the ‘Hebrew Bible.’

Christians call it the ‘Old Testament’ because we believe that Jesus fundamentally changed the way God relates to us. Hence, Christians say there is an ‘old’ framework and a ‘new’ one; we divide the biblical texts depending on whether they were before or after Jesus’s time.

Isaiah lived over 700 years before Jesus was born, so this passage is from the Old Testament.

It’s important to remember that the Old Testament scriptures were written to tell the story of the Jewish people. The authors weren’t trying to tell us about Jesus. They were recording their identity as a nation (ancient Israel) and their origins as descendants of the Hebrew patriarchs Abraham, Isaac and Jacob.

Christians interpret some Old Testament passages as being about Jesus; for example, this passage refers to a region called Galilee, where Jesus spent much of his life. We believe authors like Isaiah were inspired in more ways than they realised at the time. But that doesn’t stop these ancient texts from being Jewish literature, written for the Jewish people.

Also, the books of the New Testament are largely concerned with, and sometimes written by, people who were Jews – after all, Jesus was himself a Jew. This means the stories of Jesus (what we call the ‘gospel accounts’) are told with the Jewish worldview in mind. The questions they try to answer, and the way they try to answer them, might not be intuitive to us. But they make more sense when you frame them within their cultural context.

To show you what I mean, I invite you to spend just two minutes watching a video of a New Testament scholar, Dr Paula Gooder. She was speaking at St Paul’s Cathedral on the New Testament stories of Jesus’s birth. She explained that in Jesus’s time, if you wanted to tell somebody that something was really genuinely true, that it actually happened, you’d say that it was historic and long foretold.

Which is why Old Testament prophecies are a big part of the New Testament Christmas stories. The whole video is over an hour, but this one minute and 45 seconds clip starts at the 23:00 mark.

I invite you to hold open both your hands. As you look at one, consider 2020 and the all the things that you know are not well in the world. Tell God what you don’t like about them. Then look at the other and imagine what “All shall be well” would mean for you. Tell God about that too. Hold out both your hands for a moment. Then bring them together and ask for strength to live in these in-between times.