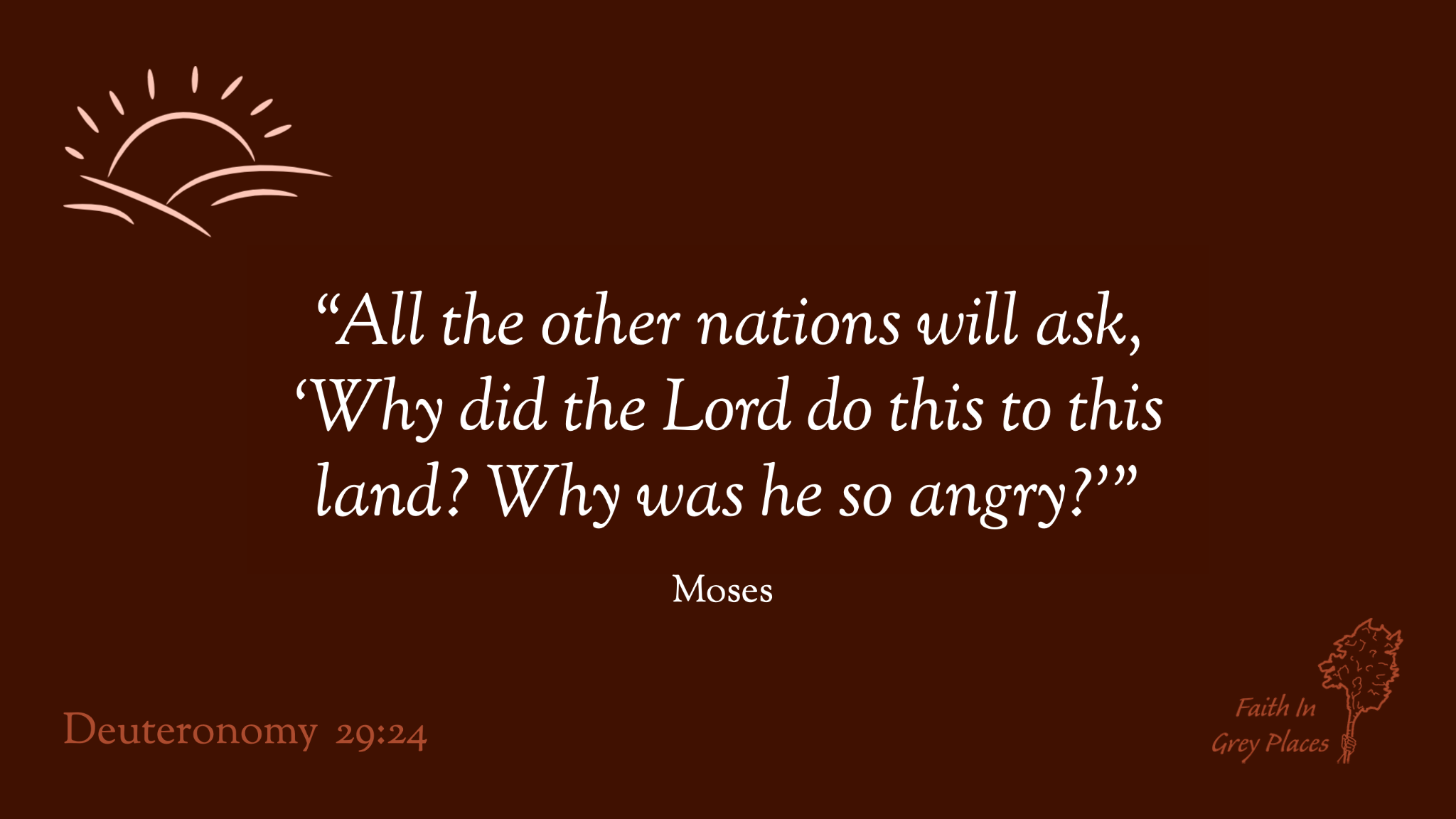 A couple of years ago, I heard a short talk about how Christians share personal stories about their experience of God. We often call this ‘testimony.’

The speaker highlighted how during the 80s in the UK, testimony in churches became sensational. You would hear polished packages of very dramatic stories. But along the way, these stories lost their authenticity and their usefulness; they became repetitive and weren’t easy to relate to. Partly because of this, the word ‘testimony’ can have tainted connotations within the church.

And yet, if a Christian was asked to write a letter to a younger person, to convey something about their faith, then the letter would probably be a form of testimony. They would be sharing their lived experience and showing a part of why they believe what they believe.

We also find this in stories titled, “What I wish I had known…” They are accounts of struggle, how lessons were slowly and often painfully learned. Perhaps the personal cost is what makes us remember them and drives us to share them.

Sharing is much easier if our story has a happy ending of sorts. If we feel we have learned the lessons we were lacking and have now achieved the goals we set ourselves, then there is less shame in admitting that it wasn’t always that way. It’s much harder to share testimony when you’re still in the struggle, not knowing how or when it might end.

If you ask me, testimony doesn’t have to be happy, but it does have to be truthful. That means allowing the story to be what it is, not forcing it to become something that it’s not.

Meanwhile, as listeners, we need to extend grace to the person telling their story. They’re often looking for answers, trying to make sense of what is happening to them. Even if their honest interpretation and best explanations are flawed, these have come from a place of struggle, and we should respect that.

I don’t understand why so much of this life is bound up in difficulty. Sure, I have explanations, and I believe they contain some truth, but I can’t say I really understand it. What I’ve learned, is that it’s important to tell uncomfortable stories with honesty, even if they’re not the ones we wish we were telling.

I want to give some context to what Isaiah meant by ‘gloom’ and ‘distress’, so today I’ve picked another passage from an earlier Old Testament book, Deuteronomy.

This passage is like a letter that the people of Israel wrote to their ancestors, saying “This is what we wish we’d known when we were formed as a nation.”

You see, the people of Israel were established as a nation after a man named Moses led them out of Egypt (where they had been slaves) and into another land. Moses gave them laws to live by and a framework (covenant) for how they could relate to God. We’re talking around 1300 BCE.

Centuries later though, the whole nation was taken into exile: around 740 BCE for the northern part, and between 597 and 581 BCE for the southern part.

This was a hugely traumatic event. Understandably, people asked why it had happened. And they had one answer: because they had been faithless towards God.

Curiously, the exile drove the Israelites to preserve their heritage. They started writing down their history, the stories of who they were as a people, and how they came to be a people. In many ways, it’s because of the exile that we have the Old Testament.

But the people did more than that. As they searched for meaning in their grief, they also wrote that the exile was long foretold – even by Moses himself. That’s where Deuteronomy comes in.

Deuteronomy is primarily a book of law, though it also has passages of prophecy. Its sayings are attributed to Moses, but there is strong evidence in the text to show that it was edited and compiled centuries after his time. We don’t know how much actually dates from the time of Moses.

But it does show what stories the Israelites told about themselves. (1) They had been established a nation and given an understanding of what God wanted them to be like. (2) When they acted wickedly, God punished them by sending them into exile. (3) They deserved what happened.

Let me be frank, this understanding of God leaves me profoundly uncomfortable. Even if it’s true, I believe it’s incomplete. But I respect that this is how the Israelites made sense of their trauma. What’s more, it helps me understand why the words of Isaiah became so important to the Israelites during and after the exile.

Pause and consider: What words of judgement have stayed with you in your life? Did they feel deserved or undeserved – or both?  In your own words, tell God how you feel about them. Then that you’d like to live with ‘no more gloom’ on account of them. Ask him to shine wisdom on those words you’ve heard and to open your eyes to see it.