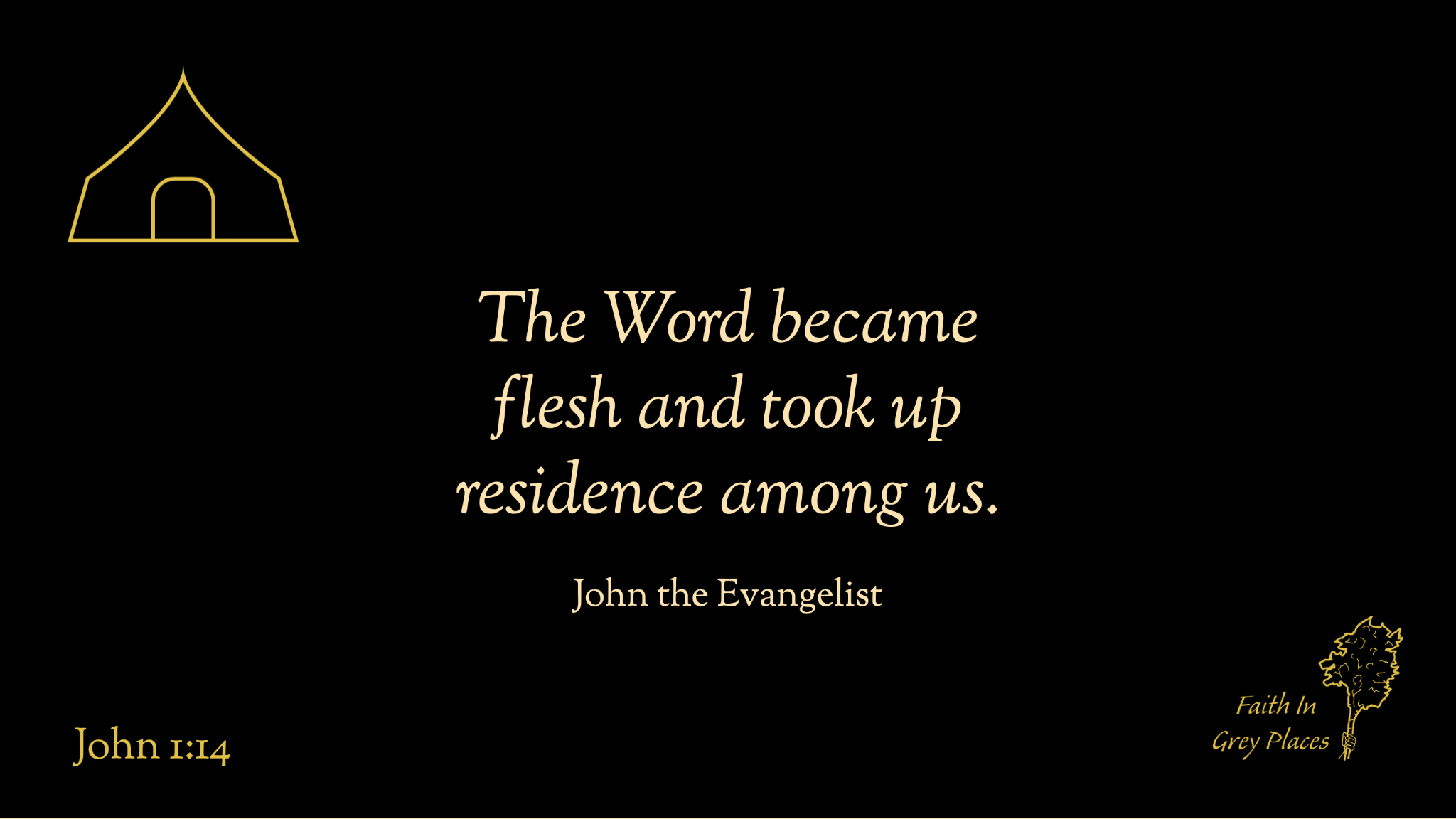 In The Screwtape Letters, C.S. Lewis imagined the plight of an ordinary Christian man. His story is narrated through letters – written from one demon to another, both trying to ensnare the man’s damnation.

His ‘opposite number’ is a character in a radio play I wrote a few years ago. I hadn’t been thinking of The Screwtape Letters, but then a friend made the comparison. And I loved it. Best of all, my angels had sass and character; the good guys were savvy and wry. They had the best lines and the best laughs.

In 2019, I started work on another script. This time, you could say the themes were closer to those in TheScrewtape Letters. A guardian angel has a supervision meeting about his ‘assignment’ — being a Western, white, middle-class, Christian man. Who’s overwhelmed and teetering on depression.

I didn’t complete the script. But I got far enough for the supervisor to ask what was building the man up in his faith. In response, his guardian angel lists three things: talking with his wife, a John Stott book, and songs by Graham Kendrick.

And the supervisor goes, “Is that it?”

I guess that was the bit I really needed to write; the words hit hard.

It’s so easy for our daily intake to focus on our struggles and the struggles of other people. To scroll social media in search of relief. But when do we pause and invest deep? What do we read for the love of learning? What do we contemplate, simply to enjoy God?

I wrote this series because I wanted to create something that went deeper than our daily noise. Like the man in my unfinished play, I’m often overwhelmed by news that exhausts, frustrates and angers me; I wanted to refresh people who faced the same problem.

Because much of what I treasure most, I discovered by accident, off the beaten track. And they’re slow things. Insights that took years to uncover and articulate. Perhaps that’s why their fruit lasts so long.

I find it curious that in my search for rest, I choose to write. But I do it because I hope that others will find rest through my work.

As we come to the final week of this series, that is my prayer for you.

“John reveals the mystery of the incarnation.” With that, our services of Nine Lessons and Carols would announce this reading from John’s gospel.

Mystery is the operative word here. Unlike the texts I’ve chosen for other weeks of this series, this passage is not a song. But it still qualifies because nothing is straightforward in John’s gospel.

I’ve linked to two translations on Bible Gateway – the New English Translation and the Amplified. The NET is a straight translation; the AMP expands words to capture the different layers of meaning.

The Light shines on in the darkness, and the darkness did not understand it or overpower it or appropriate it or absorb it [and is unreceptive to it].

…the darkness has not mastered it.

As I said, John’s gospel has layers.

Of the four gospel writers, John is the most explicit regarding Jesus’s divinity. In these opening verses he says “the Word” was God, was with God, was life, and was the Light of humankind. And he’s specifically talking about Jesus.

I wrote previously about the passage in Proverbs where Wisdom speaks. She talks about being there at the beginning and part of God’s creative process. And yes, that passage is also often interpreted to be about Jesus. However, it’s worth noting the differences with John’s gospel.

The Proverbs poem took a facet of God’s character and personified it. John meanwhile is saying that God – God’s essence, his fullness, his personhood – is in Jesus.

He’s not being metaphorical.

In verse 14, John says the Word “took up residence among us.” In the Greek, it says Jesus “tabernacled” among us. As in, pitched his tent. John’s alluding to the ‘tent of meeting’ that the Israelites had before the Temple was built. Jesus’s body was (metaphorically) his tent.

The brain-bending bit is how God could become incarnate / flesh / human. But that’s why so many Christmas carols focus on this point. The news of “God with us” is also about God being like us and living like we live.

It’s about God meeting us fully.

Where do you meet God? What do you do to search for him? What activities do you find it easiest to find him in? Ask God to nurture your ways of meeting and greeting him. Thank him for meeting us where we’re at.