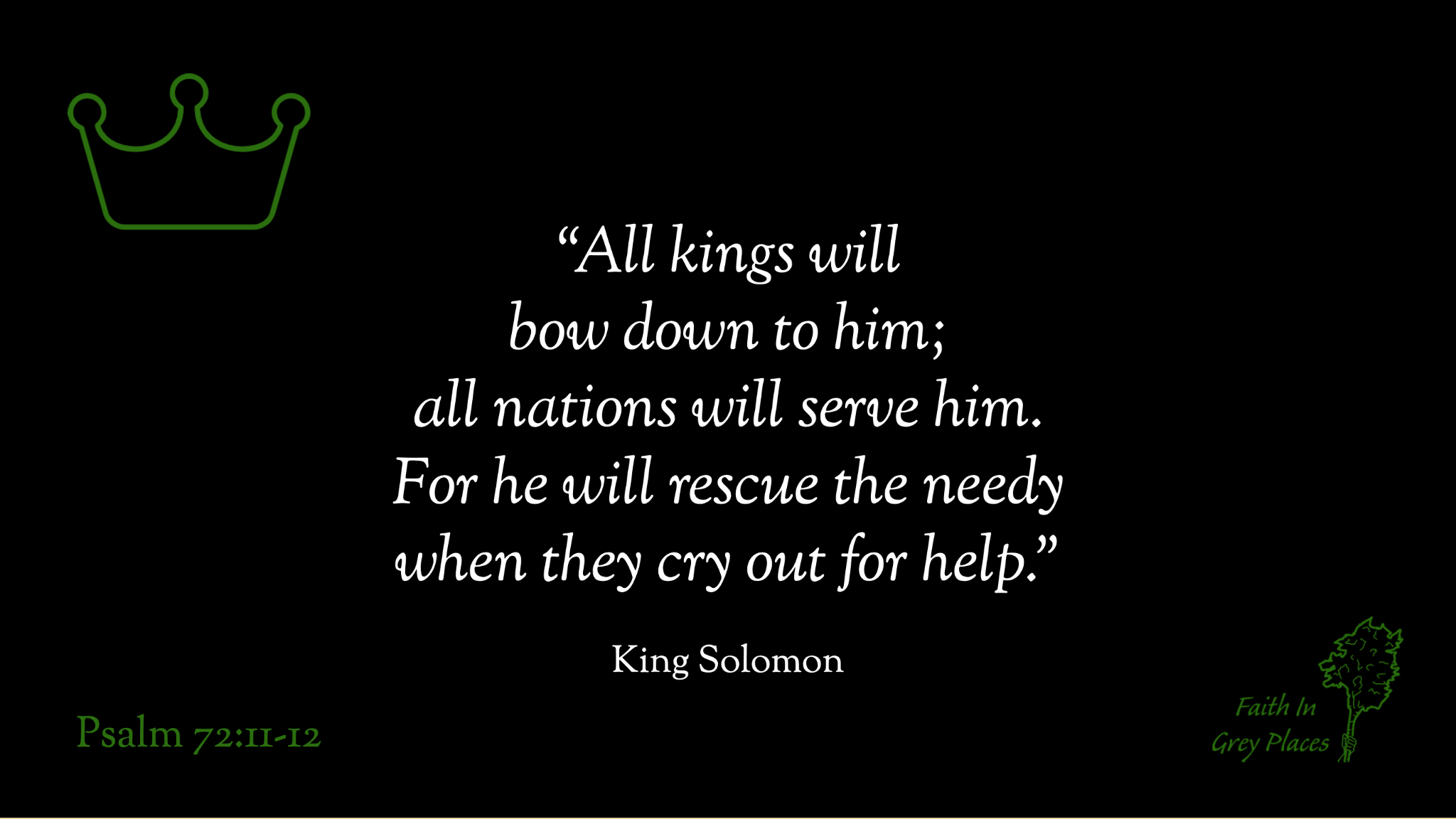 “It’s not whether you win or lose, it’s how you play the game.”

There’s a day in the Bible that gets call the ‘day of judgement.’ It’s described in various ways: something long-awaited, vindicating, something that ends long-standing injustice.

As I’ve said before, prophecy is a complex genre. The ‘day of judgement’ can be interpreted in a number of ways – many place it as a past event.

That said, many Christians believe, myself included, that there is one ultimate judgement day yet to come, when God calls all wrongdoing to account. We don’t fear it, but we ask how to live as the day approaches. (Though it could be centuries yet.)

For some Christians, this creates a desire to “be on the right side” before time runs out. And I kind of agree. But if we’re honest with ourselves, we all like to think that we’re right, good and loving. We all think we deserve to be on the winning team.

I think we need to remember that even if we are all these things, the day of judgement isn’t something to be gleeful about. There’s no room for, “Somebody’s in trouble!” or “I told you so!” It’s more serious than that.

Judgement day is an answer to people who have been hurt by injustice for a long, long time.

And when everything is laid out in plain sight, I think the attitudes we’ve carried will count for a lot. Have we fuelled our zeal with pride, presumption, ignorance, anger, bitterness, scare-mongering? Or have we invested ourselves with humility and compassion, knowing there are bigger things at stake, that we may never fully understand?

I’m not going to say that intentions are everything – because they’re not. But none of us has everything figured out just yet. When judgement day comes, we’ll see that some of our ideas are far from the mark. And that’s why our attitudes matter.

There are no points for being right if we’re obnoxious about it. But if we’re gentle and compassionate, then even if we’re wrong, that will go a long way.

It makes sense both ways. It could be the aspirations of a young king, keen to live up to his father’s reputation. Or it could reflect the hopes of a father, who wants his successor to reign justly.

What I find interesting is the repeated emphasis on justice.

The themes of fame, might and power are very much in there – but entirely dependent on the king defending the poor and oppressed.

Yesterday I talked about how David and Solomon were both flawed. All of that stands, though there were positives as well.

When one of David’s sons led an insurrection against him, he could have walled himself up in Jerusalem and dragged the city through an ugly siege. Instead, he left. It’s a messy story, but David showed a lot of humility in his decisions.

As for Solomon, there’s the (legendary?) story of how he judged between two prostitutes. Both women claimed to be the mother of a baby, but no one could say for certain. (And no father was present.) So Solomon said the baby should be cut in half and a piece given to each woman. Of course, the child’s mother was horrified. She begged Solomon to let the baby live and give it to the other woman. At which point Solomon ruled that she was the true mother and her (living) baby was given back to her.

How good was David? How wise was Solomon? We can’t actually say. But the idea of their justice and peace endured and was captured in songs like this Psalm.

And I tell you, the legends of these kings don’t compare to what we see in the gospel accounts of Jesus.

And I believe they won’t compare with what’s to come.

Thank Jesus for being more righteous than David and more wise than Solomon. That with him, there is no fear of disappointment and betrayal. That his goodness knows no gaps or flaws – and will last forever.