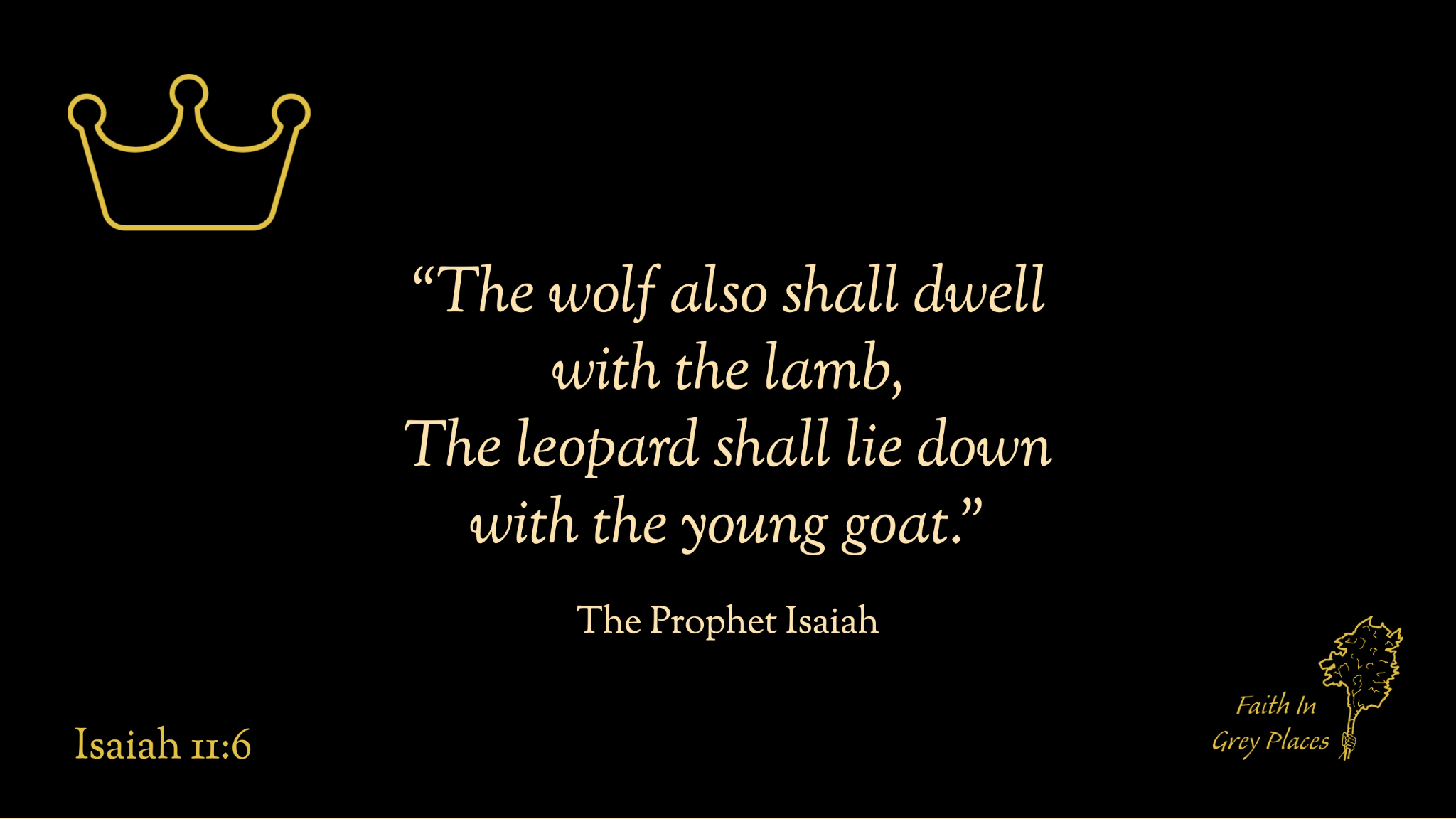 Gondor has no King, Gondor needs no King.

Boromir, The Fellowship of the Ring

Some days, I’m with Boromir.

This quote comes from the film adaptation of J. R. R. Tolkien’s The Lord of the Rings. It’s an epic high fantasy, supposedly set in Earth’s distant past. And it has many plot threads. One of them concerns the land of Gondor, which has been bereft of a king for generations.

Meanwhile Boromir, son of the Steward of Gondor, is resentful of how much his people have endured, being bordered with the black lands of Mordor. And he’s cynical that some random ‘ranger’ from the North, Aragorn, could be the rightful heir and king.

And you know, there are days when I’m similarly cynical.

Christians say “Jesus is king” but we don’t need another toxic icon to push ideas of submission and obedience upon a weary people.

So, I’m not going to lecture about our duty to revere Jesus as king.

And I won’t pretend that I understand everything the Bible says on this topic either. The text reflects the ancient worldview of its authors – so I don’t always know if I’m taking away the meaning they intended. Even when I do, I hold that message in tension with other parts of the Bible. As well as my own personal experience of Jesus.

Going back to Lord of the Rings, Boromir does eventually change his tune about Aragorn. But it’s interesting to observe how that happened. He wasn’t given dressing down. Instead he journeyed with Aragorn. They faced danger, loss and grief together. He got to see Aragorn’s qualities for what they were. Then, when Boromir was confronted with his own inadequacy, he swallowed his pride.

We may or may not have similar pride to swallow when it comes to Jesus. But either way, the best way forward is to journey with him. Because when we see what he’s really like, the cynicism will thaw.

The song I want to focus on this week is again from the book of Isaiah: Isaiah 11:1-9.

As a reminder: prophecy is a complex genre open to many interpretations. As a Christian, I interpret this passage as mainly referring to Jesus, but there are other ways to take it.

That said, as a passage about Jesus, I love how it balances the different aspects of his kingship.

It starts with how he’s descended from David (Jesse was David’s father) – because, obviously.

Then it talks about how God’s Spirit will rest upon him and fill him. As such, he will know and walk in God’s ways.

Then we have how this king will practice justice for the oppressed. Quickly followed by how he’ll conquer the wicked.

After that, there’s an idyllic picture of creation under his rule – how predator and prey will dwell in peace together. The reason? The whole earth will be filled with the knowledge of God.

We’ve met all of these themes in this series so far. That said, we’ve had a very light touch on the whole issue of ‘conquering the wicked.’

And um… we’ll be looking at that a bit more this week.

Because it’s not that I fully understand this aspect of the Messianic prophecies. Rather, it comes up frequently and I simply cannot pretend it isn’t there.

But before we dive in, let’s lay down a few principles.

Second, God is not nationalistic. We shouldn’t use Jesus to argue for some kind of supremacy. Not even the Israelites were allowed to get away with that (Deuteronomy 7:7).

Third, Jesus had no time for toxic masculinity. He taught both men and women, made time for children and cried in public. He told parables that subverted gender norms. Oh, and he never described himself with militaristic imagery. If Jesus is ‘mighty in battle’, it’s not because he’s gung-ho. Weapons don’t give him a power trip.

Ultimately, we don’t honour Jesus for the wars he wins, but for the peace he brings. Our comfort is not principally in how he fights, but how he reigns.