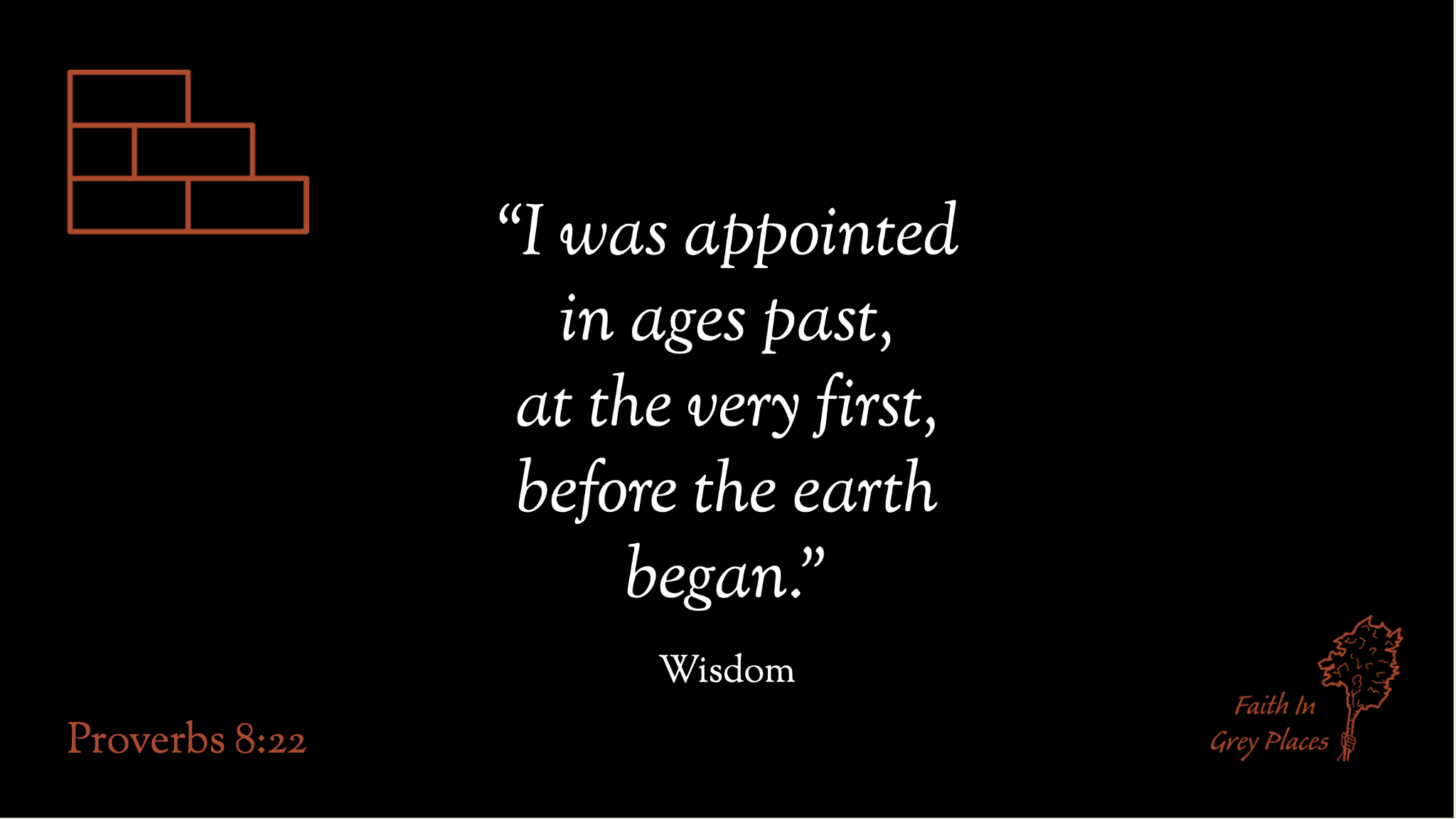 These are the opening words of a prayer written by Charles Wesley, founder of the Methodist Church denomination. It’s prayed annually, as part of a special ‘covenant’ service where Methodists renew their commitment to God.

That said, many Methodists find the prayer intimidating; they’ll even avoid attending the covenant service so that they don’t perjure themselves. It surprised me when I learned this, but… maybe it shouldn’t?

Even amongst Christians, there is so much misinformation about God. So many questions, some of them unanswerable; so many people we’ve known who’ve let us down.

Never mind that it’s a big ask to unconditionally surrender your entire life to another. It’s hard not to see such unqualified commitment as a very bad idea, full stop.

And yet… I cannot bring myself to dilute my understanding of God. He is awesome and holy, fully deserving and trustworthy of total submission.

So where do we land?

I think it’s one thing to say God is worthy of such commitment. It’s another to say that he expects such commitment, unqualified, from day one. And besides, it takes time to get to know God and discern the voice of his Spirit. No one wants a ‘faith’ that channels commitment towards your guesswork of what God might be saying.

I also think it’s non-consensual, even unfaithful, to pressure someone to commit more than they are willing. Some Christians might say it’s necessary for a person’s own good. But I can’t shake the feeling that God can work with whatever willingness a person feels able to give.

Giving something, beginning somewhere, is no small thing; it opens the door to greater possibilities – but that’s not a door God will wrench open. So if you’re nervous about opening yourself up, know that God values your agency. And he delights in invitation.

So offer whatever invitation you are willing extend. The rest follows.

Today’s reading is from a book of wisdom literature: Proverbs. In this passage in particular, Wisdom is speaking. It’s Proverbs 8:22-31.

My physics teacher once said that if you had a two-dimensional surface, with two-dimensional creatures on it, and a sphere passed through the surface, all they would see was a circle that appeared, got bigger, got smaller and then disappeared.

Some things are just beyond our frame of reference.

For myself, I’ve always loved the idea that space is curved – that light bends around large gravitational objects. I love thinking about spacetime. As the entire cosmos shifts in time, I like to think it’s weaving a beautiful tapestry whose pattern is yet to be fully known. Events are spread out in time; though they might seem slow to us, the tapestry would be a mess if all the stitches were in one place.

And then there’s what we call ‘the mystery of the incarnation’ – God becoming human. God stooping into his creation, into spacetime.

One of the hardest questions I had as a child was how God could exist before the beginning. It took a while before I could understand that God created time itself. I could think of God being ‘outside time’ in the sense of knowing the future and knowing the past. But it took a while to think of time as itself dependent on God.

I associate that kind of mystery and poetry with this passage in Proverbs. Wisdom sings about how she was brought forth first; she was there when God created the world.

I say ‘she’ because wisdom is often portrayed as a woman in the book of Proverbs. There are various ways to interpret this passage, including reasons to apply them to Jesus. In particular, Christians believe Jesus is God’s ‘Word’. It’s like Jesus is the cohesion that holds the universe together. And because we believe Jesus is God, we believe he was with God in the beginning; creating time, space and everything that fills them.

So, you can see why Wisdom’s words are fitting for Jesus: being present at the dawn of time, being creative, delighting in creation and being delighted in.

It helps remember that Jesus didn’t start to exist when Mary conceived and bore him.

But for a little while, we saw him passing through our spacetime.

Take a few moments to reflect on these words, from a hymn by Charles Wesley (emphasis mine – ‘infant of days’ is an inversion of ‘ancient of days’).

Let earth and Heaven combine,
Angels and men agree,
To praise in songs divine
The incarnate Deity,
Our God contracted to a span,
Incomprehensibly made man.

He laid His glory by,
He wrapped Him in our clay;
Unmarked by human eye,
The latent Godhead lay;
Infant of days He here became,
And bore the mild Immanuel’s name.