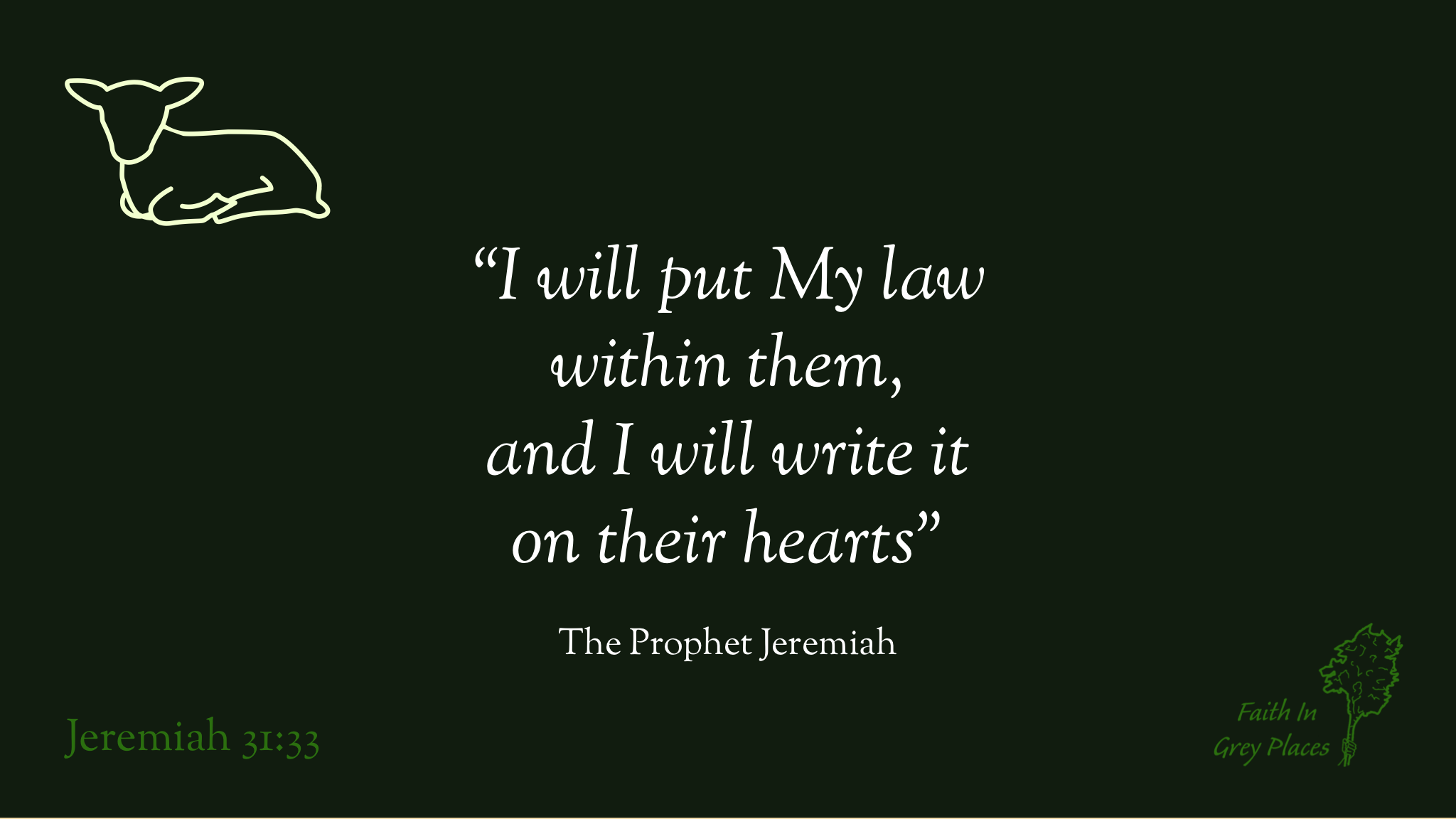 Can the things we own begin to own us? Maybe. But that’s not the whole story.

I get frustrated hearing untargeted attacks on all things material. We are physical beings with tangible needs. Maybe we can live without some of the things we own, but that doesn’t mean they’re sinful or bad, or ‘not God’s best.’

That said, I’ve tried to get better at choosing the things I buy. I think through their purpose and research beyond the marketing hype. I resist ‘value for money’ if it means I’ll over-consume, and I think about where it comes from and where it’ll end up.

Even so… I hang on to some things for too long.

Some were great for their time and have served their purpose. Others were a mistake that I’ve not wanted to admit to myself. Either way, they accumulate, so I rearrange them to take up less space. But that doesn’t reduce the problem, it just makes it denser.

Every now and then though, I sort, tidy-up, and clear out. The feeling afterwards is invariably satisfying. I have extra spaces, clearer floors and a fresher idea of where to find the things I’ve kept.

And if that’s how I feel, you might wonder if the things I owned really did ‘own’ me.

But it’s not that I’m overly attached to my belongings. Rather, I’m afraid there’s untapped value that I should harvest. Or I remember who gave it to me and I don’t want to ‘betray’ them. Or it was a mistake that I still want to ‘make good’ somehow.

The thing itself doesn’t own me, but the duty to handle it ‘responsibly’ does.

I’m gradually accepting that some things can only serve me for a time. That’s not an endorsement of throwaway culture. It’s just an acknowledgement that my needs will change, and so will technology and culture. Even good choices can become redundant or need replacing.

The other thing I’ve realised is that this can also apply to ideas and beliefs. Some beliefs can be good for a time, and even serve a good purpose, but still need clearing out later. It’s often in this process of sifting, that we grow in wisdom.

Because it’s not for beliefs to own us.

Rather, we own our beliefs.

And God holds us.

I said Moses established a framework for how the Israelites were to relate to God. In technical terms, he ‘mediated a covenant.’ And this is the ‘old covenant’ that Christians are referring to when they talk about the ‘old testament’.

Covenants were a type of solemn ancient agreement. They could be one-way, or two-way, depending on circumstances. For example: a promissory grant covenant was one way; a more powerful person promised benefits to a less powerful person. Like how God promised good things to Abraham.

In contrast, an obligatory treaty covenant was two-way. There was still a power-imbalance between the two parties; however, this time the less powerful person (or nation) was expected to fulfil certain conditions.

The covenant Moses mediated (the ‘Mosaic covenant’) was an obligatory treaty covenant.

Only the Israelites didn’t live up to their side of the deal.

Sometimes Christians say the Israelites failed because Moses’s laws were impossible to fulfil. That is, God set them up to fail (albeit, to prove a point). But I don’t think that’s true.

The Mosaic covenant didn’t require people to be perfect. In contrast, its many rituals show it was designed for imperfect people.

Rather, when the Israelites broke this covenant, that was through deliberately oppressing the poor and worshipping idols. At least, that’s what the Old Testament prophets said. Repeatedly.

The big problem with the Mosaic covenant was not that it was bad or impossible. It was just limited. Its positive effects were temporary. And it didn’t change people’s hearts and minds.

That’s why, year after year, the people continued to offer sacrifices. And why, as time went on, God told them to quit with the sacrifices and just do the right thing already.

When the exile came, Jeremiah prophesied a new covenant. One that was not like the Mosaic covenant. This time, God himself would write his laws on people’s hearts and minds.

Christians believe Jesus mediated this new covenant while he was here on earth. For the modern Christian, his covenant certainly feels simpler; it doesn’t have animal sacrifice or ritual purity laws. But those aren’t the real benefits.

The real benefits are these: that the atonement Jesus made was complete and everlasting; and that instead of giving us written laws, he gave us his Spirit.

If you’re someone who tries to hold onto doing the right thing, ask God to take hold of you. Ask him to remove the fear getting it wrong.

Ask God to give you his Spirit, or more of his Spirit, to be a voice and guide in all the things you do.