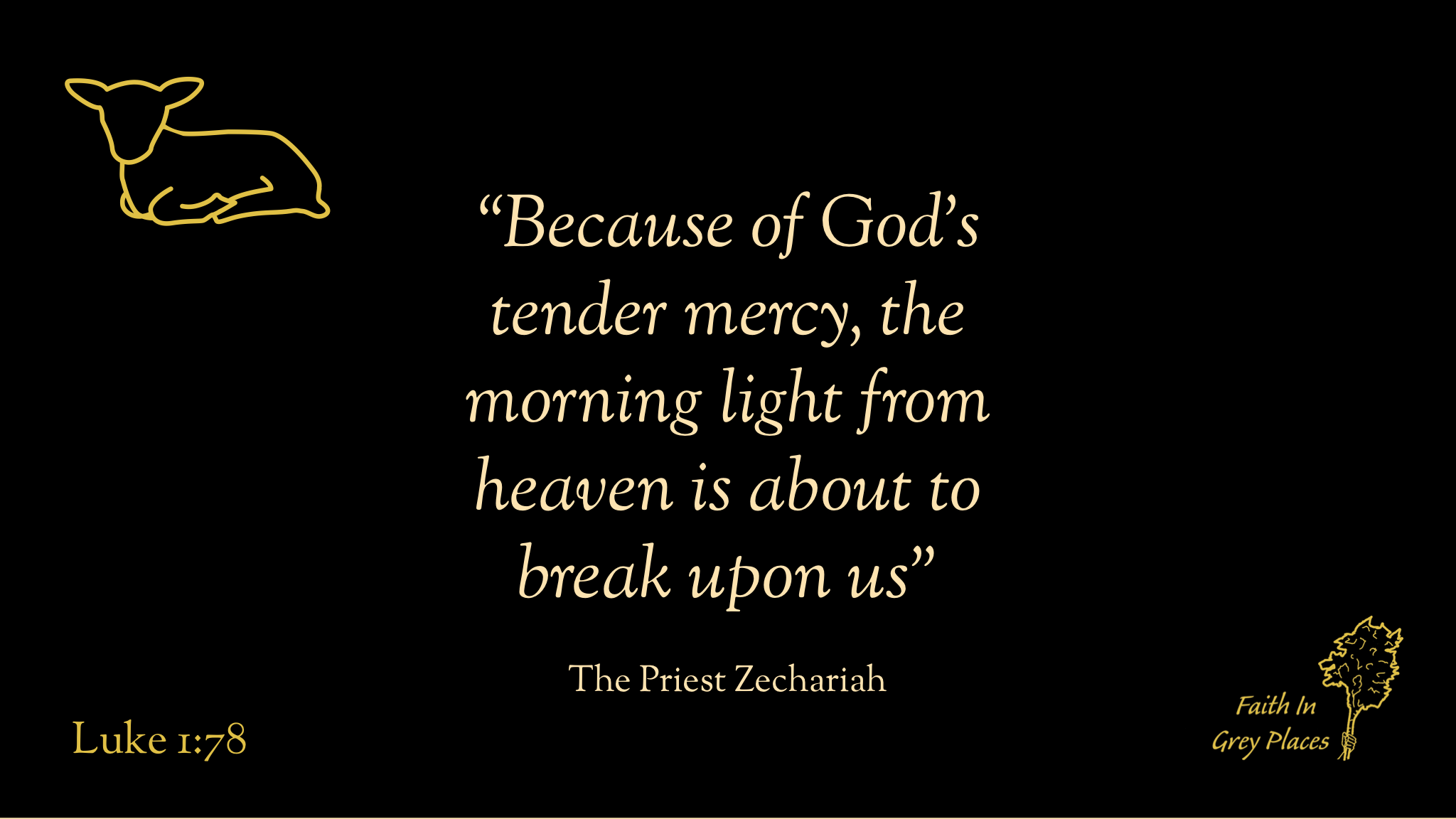 You may have noticed that the ‘Faith in Grey Places’ logo is a staff with leaves and flowers. It’s a reference to the staff of the first Israelite priest, Aaron, who was Moses’s brother. The story goes that when Aaron’s position was challenged, God made Aaron’s staff bud and produce almonds.

The role of the priest resonated with me when I first fully read the Old Testament. I was filled with a sense of awe for God and an aspiration for right living. And I couldn’t get over it.

My reaction was unusual. Many Christians are discomforted by the animal sacrifices and laws about ritual purity. The whole system seems built on exclusion, rather than inclusion. Plus, a number of priests in the Old Testament were thoroughly corrupt.

Don’t get me wrong, these concerns are valid. But, for whatever reason, they aren’t what I took from the text. Instead, I saw a God who deeply desired intimacy with his people, and mapped out paths to make that possible.

A priest does two things: they represent God to people, and people to God. They’re not gatekeepers though; they’re not meant to monopolise access to the divine. Rather, they’re a point of mediation for those who don’t know how to come close to God.

I understand how the idea of priesthood became tainted. Abuse thrives in institutionalised charades of ‘holier than thou.’ But priests are not meant to be an elite class, separated from everyone else’s impurities. Rather, they’re meant to get their hands dirty. Because priesthood is about mediation. And you don’t do that unless you meet people in their mess.

I could never get over the idea of being a priest, or living in God’s temple like Samuel did when he was boy. And even though the Old Testament had strict rules about who could be a priest, I never felt this world was off limits for me.

Of course, times have moved on, both for the Jewish people and for the church. We don’t offer animal sacrifices, and churches teach varying things about priesthood in today’s world.

But fundamentally, priesthood is about the work of inclusion. And I’m here for it.

The song I want to look at this week was sung by a man named Zechariah when his wife Elizabeth gave birth to a son in her old age. It’s in Luke 1:67-79.

We’ll talk more about Zechariah’s backstory on Thursday. For now, the key thing is that he was a priest who lived in the first century BCE. His son John was born about six months before Jesus.

There is plenty here that echoes of Isaiah’s song:

Last week I mentioned the images of light and dark were linked with how people lived, whether they did or didn’t know what was right. Zechariah links them more explicitly in his song. He talks about light just after forgiveness of sins, and just before being guided to paths of peace. (Yes, light has other layers of meaning too.)

It’s like he believes that there is something the Jewish people still aren’t doing right – yet.

Remember, they believed the exile happened as a direct result of their sin. Therefore, what they needed in order to live free from oppression was to deal with their sin. Zechariah’s song is infused with the hope that this was about to happen. That is, their sin would go and oppression would go with it.

Now, we do need to handle this with care. It’s definitely not the case that bad things only happen to people who deserve them. And oppression always demonstrates sin on the part of the oppressor.

But Zechariah’s concern was with his people. However deserved or undeserved the exile was – and he probably saw it as both – something was still out of kilter.

In verse 74, he says the people will ‘serve God without fear.’ I often wondered whether he meant ‘without fear of God’ or ‘without fear of our enemies.’ But as I looked the words up in the Greek, it seems to be more about complete boldness (i.e. fearlessness).

In other words, Zechariah was aspirational about how his people would relate to God. And he was delighted to see it happening.