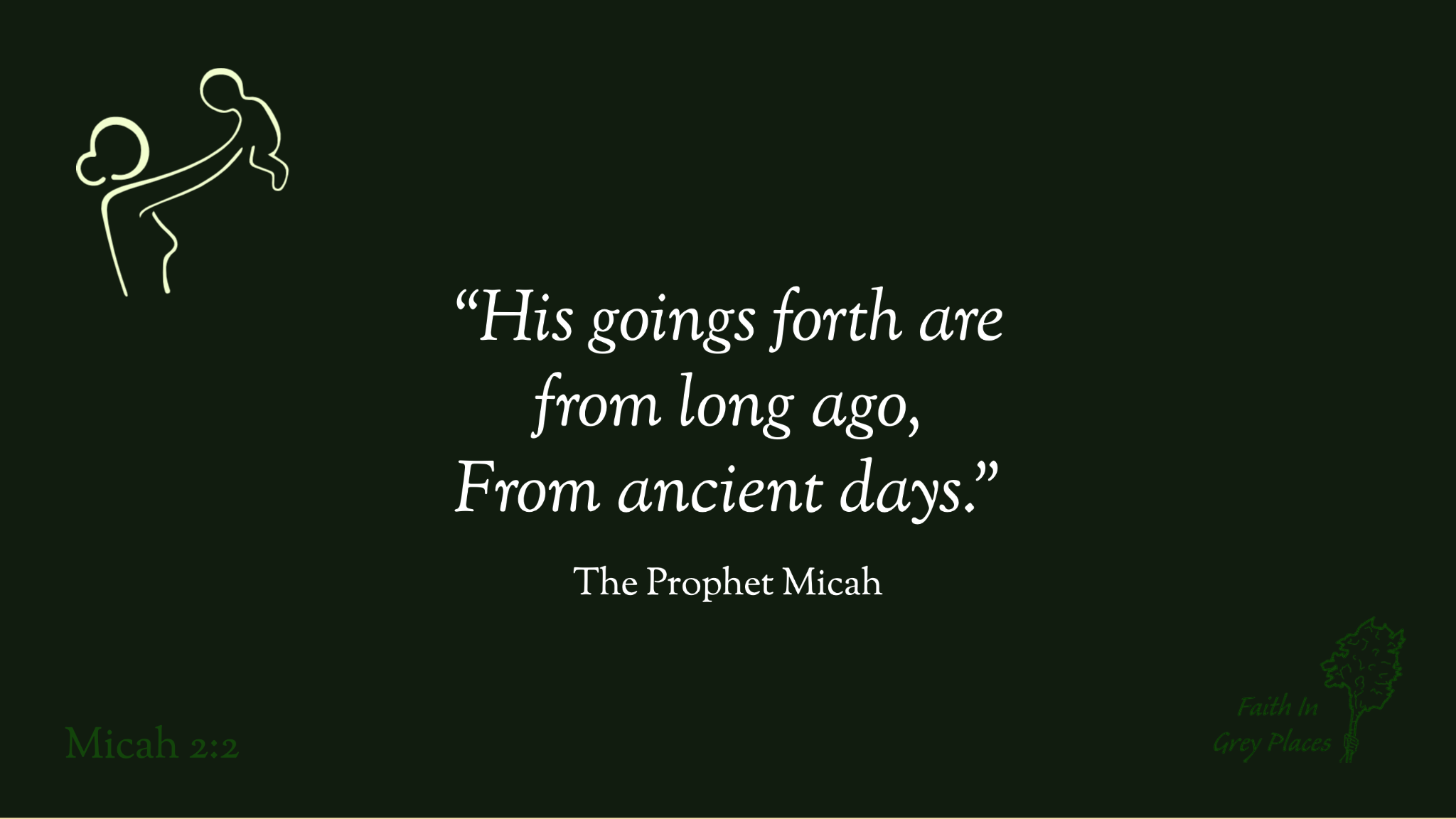 I never used to address God as ‘Father’.

Instead I would just say ‘Lord’ or ‘God.’ It didn’t matter whether I was addressing Jesus, or the Holy Spirit, or…

OK – Christians have this belief that God exists in three persons. They’re separate, but they’re one. And therefore not separate. It gets confusing very quickly.

But we believe “the Trinity” is the best way we have of describing a being who is beyond comprehension.

And it explains things that we see in the Bible.

For example: Mary was told she would become pregnant with Jesus, who would be called the son of God. When she asked how, she was told the Holy Spirit would come upon her. And the power of the Most High would overshadow her.

The person referred to as the Most High is often called the Father. Though that doesn’t mean God is male. God is as much our ultimate father, as he is our ultimate mother.

As I grew up I frequently heard God addressed as ‘Father.’ But I didn’t do this, until a few years ago, my vocabulary just shifted. I still don’t know what prompted the change.

However, since then, my faith has become more and more grounded, knowing that I am a beloved and privileged daughter.

‘Daughter’ is my principal descriptor; not sinner, not servant, not slave. Those terms have a place, but they’re not where my identity is rooted. Instead, as a child, I get to talk with God on a daily basis, in the fearlessness of unconditional love.

Last year though, I started using the term ‘Lord, loving Father.’ Again, I’m not sure why.

But it comforts me to know that God is not just good enough and patient enough – as a parent. He’s also big enough, diligent enough, powerful enough – as Lord of all.

I can shelter in his might — as well as his tender loving care.

Today’s passage is from an Old Testament book of prophecy: Micah 5:2-5

Matthew’s gospel interprets verse 2 here as all about Jesus. When I grew up, I was told verse 3 was a reference to the exile and the intertestamental period, up to Jesus’s birth. Apparently, Micah said God would ‘give the people up’ because not much happened then.

But it’s easy to find the patterns you want to see.

There is a lot that happened to the Jewish people between the times of the Old and New Testaments. They wrote the Septuagint. They started speaking Aramaic instead of Hebrew. They threw off the Seleucid Empire but were later occupied by the Romans. The second temple was desecrated and re-dedicated. Angel appearances made a comeback.

You’d only say God was inactive if you wanted an easy interpretation to Micah’s prophecy and you didn’t want to study Jewish history.

My point is: prophecy is not a straightforward genre. I do not understand why Old Testament passages suddenly swing from affirmation to judgement, and back again. As for the New Testament: how do we know they weren’t reading things into the Old Testament text? I don’t have a good answer, sorry.

But I do know that some words jump off the page. These verses in Micah send chills down my spine and I absolutely love interpreting them as references to Jesus. Once you see the connection, you can’t un-see it. You can’t help but wonder if this was some cryptic clue, written to benefit us centuries later.

That said, I like this quote from the sci-fi series, Babylon 5: “Prophecy is a poor guide to the future. You only understand it when the events are already upon you.”

Prophecies are not meant to be the load-bearing pillars of our faith.

I’m grateful we have prophecies like this one in Micah. They add depth and colour to the Christmas story; they helped people recognise Jesus for who he actually was. They help me understand Jesus better now. But we shouldn’t contrive them to fit our fact pattern.

I think it incredible that Jesus was born in Bethlehem, the town of king David. And that Mary and Joseph were both from the line of David.

But ultimately, I believe Jesus is a king because of what he did and what he said about himself.

So, I enjoy the prophecies spoken about Jesus, but my joy is found in him.

What appeals to you about Jesus being ‘from ancient days’? Tell him about it.