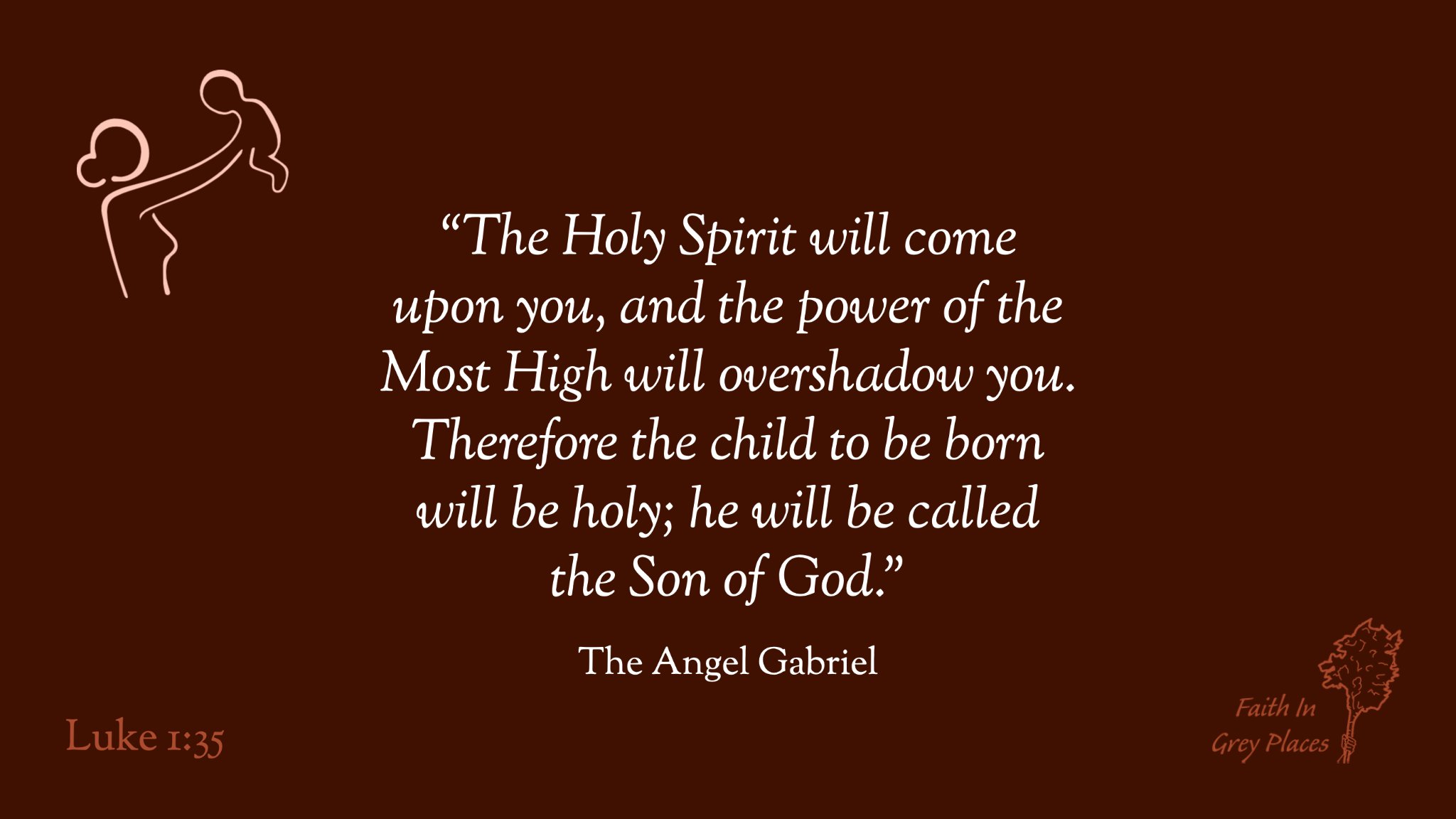 You hear some kinds of stories multiple times. Then they become tropes. Then you get fed up of hearing them.

Take the whole ‘chosen one’ plot. Something bad needs sorting, but fate or prophecy has decided who will do this. And more often than not, it’s a child. Or a baby. Or a yet-to-be-born baby. Whoever it is, they were born for this.

And then every now and then, you see the story told well, or in a surprising way.

I really enjoyed Frozen II. (Spoilers!) Frozen was great, but the sequel reveals that these two princesses were born as part of a great cosmic plan to see two races reconciled. And it… worked.

As for the story of Jesus’s birth – I think it’s amazing. But I know it can lose its lustre. It’s been told and copied so many times, and acquired a lot of baggage.

But the story is not the problem.

And if we can tell the story well, we will remember it well.

So, let’s look at the gospel accounts of Jesus’s birth. There are four New Testament writers who wrote about Jesus’s life, but only two of them write about his birth: Matthew and Luke.

Today’s readings are about the announcement of Jesus’s birth. There’s Luke’s account: Luke 1:26-38:

Mary was betrothed, but not married.

Betrothal was much more formal than modern day engagement. That’s why Matthew says Joseph considered ‘divorcing’ Mary. Jewish women of that period were usually married by 16, so Mary was probably 14 or 15. But we don’t know for sure.

Mary was also a virgin. Unlike the prophecy in Isaiah, there’s no ambiguity here.

It’s a credit to Joseph that he didn’t try to end their betrothal publicly. Joseph had good reason to believe Mary was cheating on him and that’s not a good way to start a relationship.

There were also very strong social expectations at work. Because Mary was formally betrothed, deliberate infidelity would have been considered adultery. That was a capital offence under Jewish law, though the people were constrained by Roman law.  This means that if he had gone public, it might not have cost her life, but she would have been seriously stigmatised.

As it is, Mary wasn’t shamed and Jesus was passed off as Joseph’s son.

At the end of the day, this story could have been invented by men who had no regard for women’s agency. I acknowledge that.

But I think the story is genuine. And good.

As I’ve walked with God, I’ve found he values people’s agency more than I do. As a consent activist, that was a pretty humbling realisation.

We will always have power imbalance with God. He’s the creator, we’re the created. We will never escape that. But God bends to give us choices. He doesn’t use his power to control, but to enable agency within people.

Mary’s song was bold and creative. I read it as the response of someone who was affirmed and empowered, not manipulated or coerced.

I also struggle to believe the gospel writers would have had the nerve to invent a story like this. Yes, they were motivated to find Old Testament scriptures that appeared to predict Jesus’s birth. But that’s a world away from giving a false account.

This story makes most sense to me as walking a fine line. God was meeting people where they were at, working not overwhelm them too much. But he was also being unashamed about who he was and what he can do.

So much of the time, God holds back from so as not to overwhelm us. But this was the birth of his son. It was time to do something truly awe-inspiring.

Confession time. When I planned this series, I wanted to have my own ad-free recordings up on YouTube. That has not happened.

I’m super proud of all the progress I’ve made in terms of singing, recording my voice, and harnessing the power of Garageband. But it’s not ready for public consumption.

So, instead here are some suggested songs to listen to.

Masters In This Hall

I heard this carol playing in the background as I visited my in-laws over Christmas last year and couldn’t get over it. Especially the chorus. I also love that how the words borrow from Mary’s song: “God today hath poor folk raised and cast a-down the proud.”

It also has like… 8 verses and double choruses. Or 12. The version with the Bach Choir is a little heavier than I would like, but very well done.

You can read the lyrics here.

Not a carol so much, but this is a lovely modern rendering of Mary’s song, composed by Todd Agnew.

Ask God to take away any ‘baggage’ you associate with the Christmas story and to help you understand it more on his terms. Tell him you’d like to grow into a relationship where he doesn’t feel he needs to hide who he is from you.