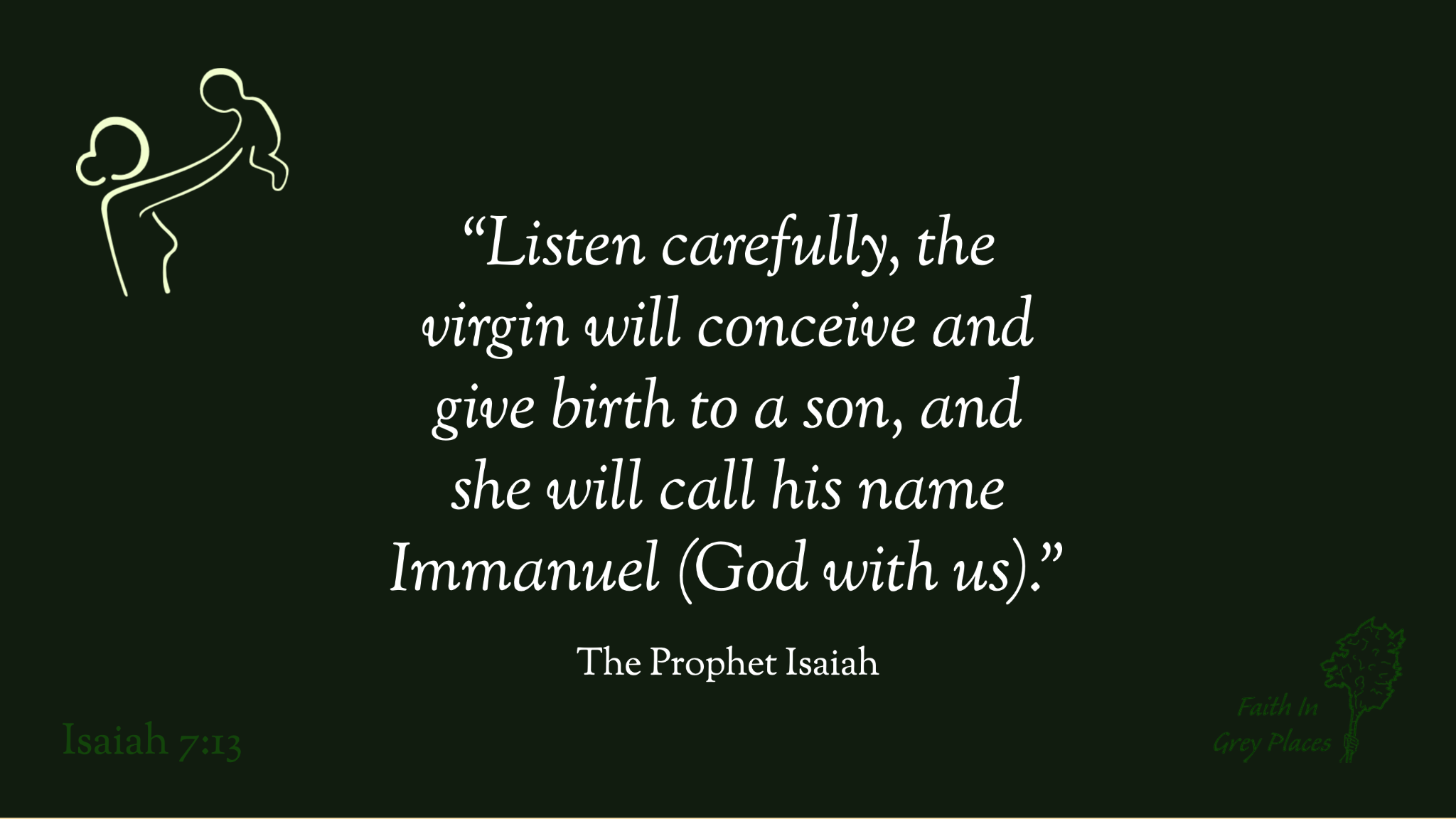 Today, people believe things are true when the history, facts and science stack up.

Being people of faith, Christians want to show that things about God are true. And sometimes they do this by showing how the facts stack up.

Now, I have time for this – up to a point. There is reliable historical information, outside of the Bible, to show that Jesus lived and died. There is science behind the study of ancient texts and earliest the New Testament manuscripts date from very close to Jesus’s time.

But, trying to prove God or the Bible by using science has its limits. For one thing, history cannot be reproduced in a lab experiment. For another, the stories of the Bible aren’t scientific in that way.

Because of this, I don’t get too hung up on the historical accuracy of the Bible. People tell stories in different ways and they (rightly) shape their stories to speak to their current time. Every one of us tells stories imperfectly, but that doesn’t mean the stories aren’t true or useful for other people.

Today, if we believe Jesus was born, we won’t give the same reasons as the gospel writers did. And that’s OK. Our reasons for believing will probably change throughout our lives. That’s OK too.

Sometimes Christians mistakenly try to tell the whole truth, the complete picture, the irrefutable case. But what matters is that we each find our own ways of saying why we believe what we believe. If we do that, the truth will point to itself.

For these reasons, it’s important to be authentic about who we are and how we understand our relationship with God. This may involve contradictions and unanswered questions. But that’s OK. It’s OK for you to tell God’s story, in your words, using your choice of images, borrowing from your experiences.

Hebrew had various words to describe women. The word translated as ‘virgin’ here, was ‘almah’. It just meant ‘young woman.’ It was used to refer to unmarried young women, and also women who hadn’t ever had sexual relations, but that’s not what the word means.

The word for a woman who’d never had sexual relations was ‘bethulah’. The Greek equivalent of ‘bethulah’ is ‘parthenos’.

And here’s the twist: for these verses, the Septuagint translates ‘almah’ as ‘parthenos’.

So was this woman a virgin or not?

The northern king was attacking the southern king, Ahaz. But Isaiah came to Ahaz with a message saying that the northern king wouldn’t win. God was willing to give Ahaz a sign that this prophecy was true, but Ahaz refused to ask for one.

Then Isaiah was annoyed and told Ahaz what the sign would be anyway.

This conversation took place where people washed clothes (7:3); probably many women were present at the scene. So, Isaiah may have been gesturing towards one of the women present. He could have been speaking to her when he said she would name the child Immanuel. (Though goodness knows how she felt about this conversation.)

So, she could have been unmarried or a virgin at that time. But – more to the point – no one was suggesting her pregnancy would be miraculously fatherless. In that respect, the child was perfectly normal.

Isaiah then added that bad things were going to happen in Judah. Not exile, but still pretty bad. I’ll be honest, I do not really understand why Isaiah spoke these prophecies. And I’m not going to guess here.

But this passage is famous because it’s quoted in the New Testament.

We’ll talk about that tomorrow.

Meanwhile, if you want, read this passage again in the New English Translation and check out the footnotes, they’re fascinating:

Have you felt pressured to say certain things about God, or give certain explanations, even though you’re not sure they’re true or helpful to people? Tell God that you don’t want to misrepresent him, but that you also need to honest about the things you don’t understand. Ask him to release you from any undue pressures to defend his corner – whether to yourself or to other people.