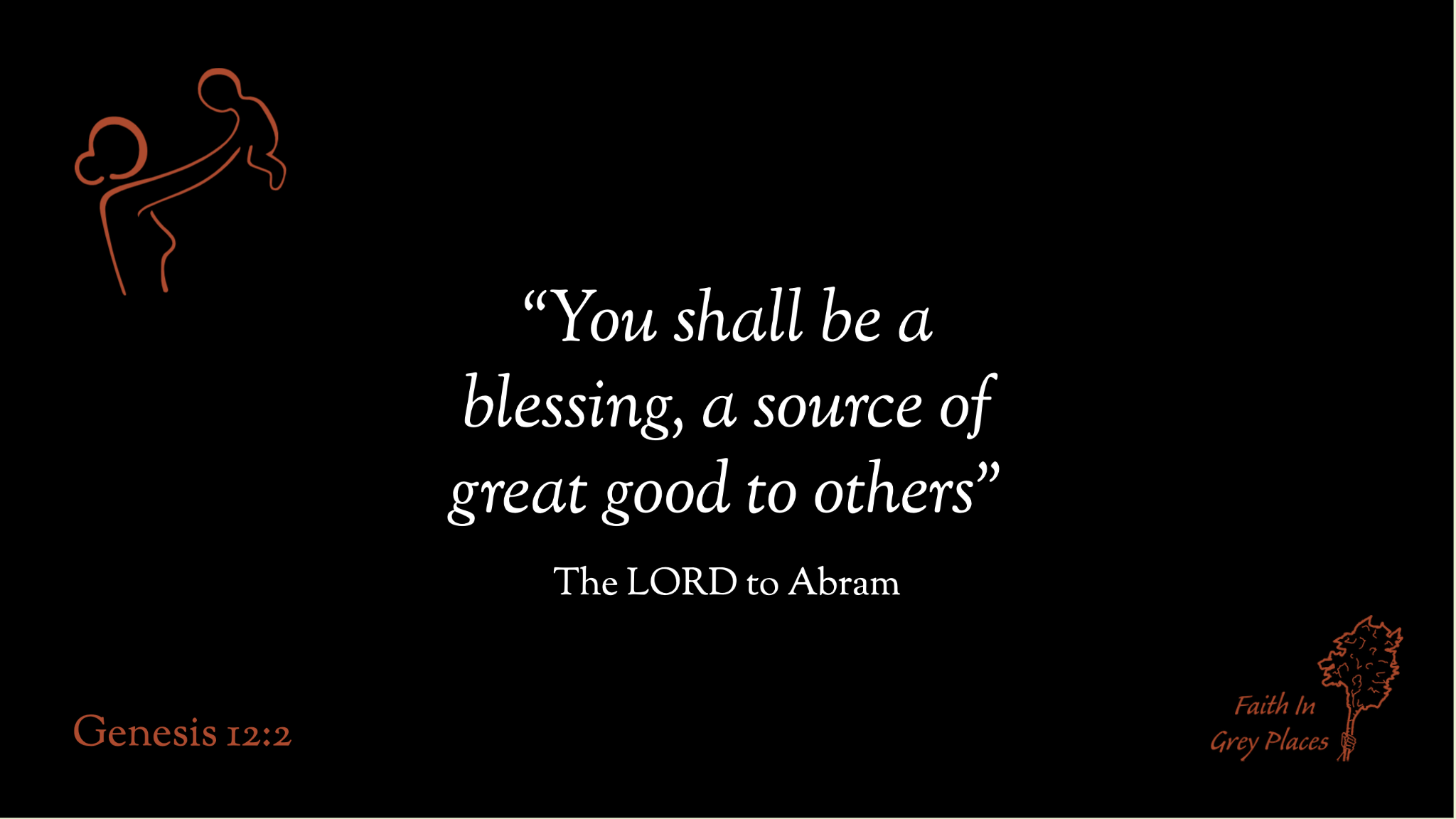 In an episode of Star Trek: Voyager, the crew of the spaceship meet an alien race that values stories. (Prime Factors, season 1, episode 10.) The ship’s library of stories, and permission to tell them, was valued as highly as powerful transportation technology.

I found this idea thought-provoking.

Personal stories can be immensely precious, but they’re also vulnerable to appropriation – especially when it comes to identity and faith. And the church does not have a good track record here.

In the millennia since Jesus was born, we have systematically stigmatised the Jewish people, and claimed their literature as our own. I’m not proud of this. That’s why when I write about the Bible, I try to distinguish between what the text says, and how Christians interpret it. I want to remember that this text is not mine; it was not written for me.

And many Jews do not agree with how I interpret it.

In the New Testament, the image of grafting was used to describe non-Jews (also called ‘Gentiles’) who believed in Jesus. We’re described as wild branches who’ve been attached to a magnificent olive tree.

I find it interesting that grafted branch integrates with a tree that was already there; but both the tree and the branch retain their distinctiveness. I don’t have to conform in order to belong. Also, if I’m a branch, then I shouldn’t be like ivy; I should aim to grow with the tree, not to subsume or kill it.

I’m not proud of how the church has mistreated the Jewish people. Nor of how it still stokes mistrust towards minority people groups. That’s why I want to remember that the story of my faith is not my birthright. It was a gift. It was hospitality.

And I should extend that hospitality to others.

Genesis. The book of origins and the deep past.

Abram is what Abraham used to be called, before God gave him a new name. As we’ll see, renaming people is a recurring habit of God’s. Genesis had already mentioned Abram, saying he was childless and married to Sarai (later Sarah), but these verses are his first proper introduction.

It was highly unusual back then to leave one’s family, especially if your parents were still alive. But Abram did it. I have no idea what was going through his head or how he felt about it.

But that’s something we have to get used to with these old stories. They’re not written how we would write them today. They were probably passed down in oral traditions for centuries before anyone put them in writing. The ‘important’ details were those that explained how the Jewish people came to be.

This moment with Abram is a big one. It’s the first time (we know of!) that God reveals himself to Abram and makes a promise. The promise is multi-layered but it’s all about good things and how Abram would have descendants. God later repeated this promise twice more and then, 20 years later, his wife Sarai/Sarah had a son: Isaac.

This is the foundational promise for the identity of the Jewish people.

And it’s what Mary was referring to in her song.

This prophecy was a couple of generations after Abraham. Abraham’s son Isaac had a son called Jacob – and Jacob is the one speaking here.

In God’s habit of renaming people, Jacob became known as Israel. That’s why his descendants were called Israelites. As I mentioned last week, he had twelve sons, each of which became tribes. Actually, one of them became two tribes, but that’s another story.

Judah was his fourth son, born to his wife Leah. In this short prophecy, Jacob said that the ruler of Israel, their king, would come from the tribe of Judah.

It’s like the writer wanted us to know that King David’s reign was long foretold.

What’s more, Jacob said the sceptre “will not depart” from Judah. This was predicting/explaining a later promise to David. Namely, that God would be establish his house permanently as the house of kings.

Christians however, take the interpretation further. Although David’s descendants ceased to be kings in the exile, we believe Mary was a descendant of David.

And therefore Jesus was too.

What are the parts of your identity that are most important to you? Where do these come from? Are you proud of their origins, or ashamed? Tell God that you’d like the best parts of yourself to have a future. Ask him to show you his hospitality of inclusion, and to help you understand how you might extend that to others.