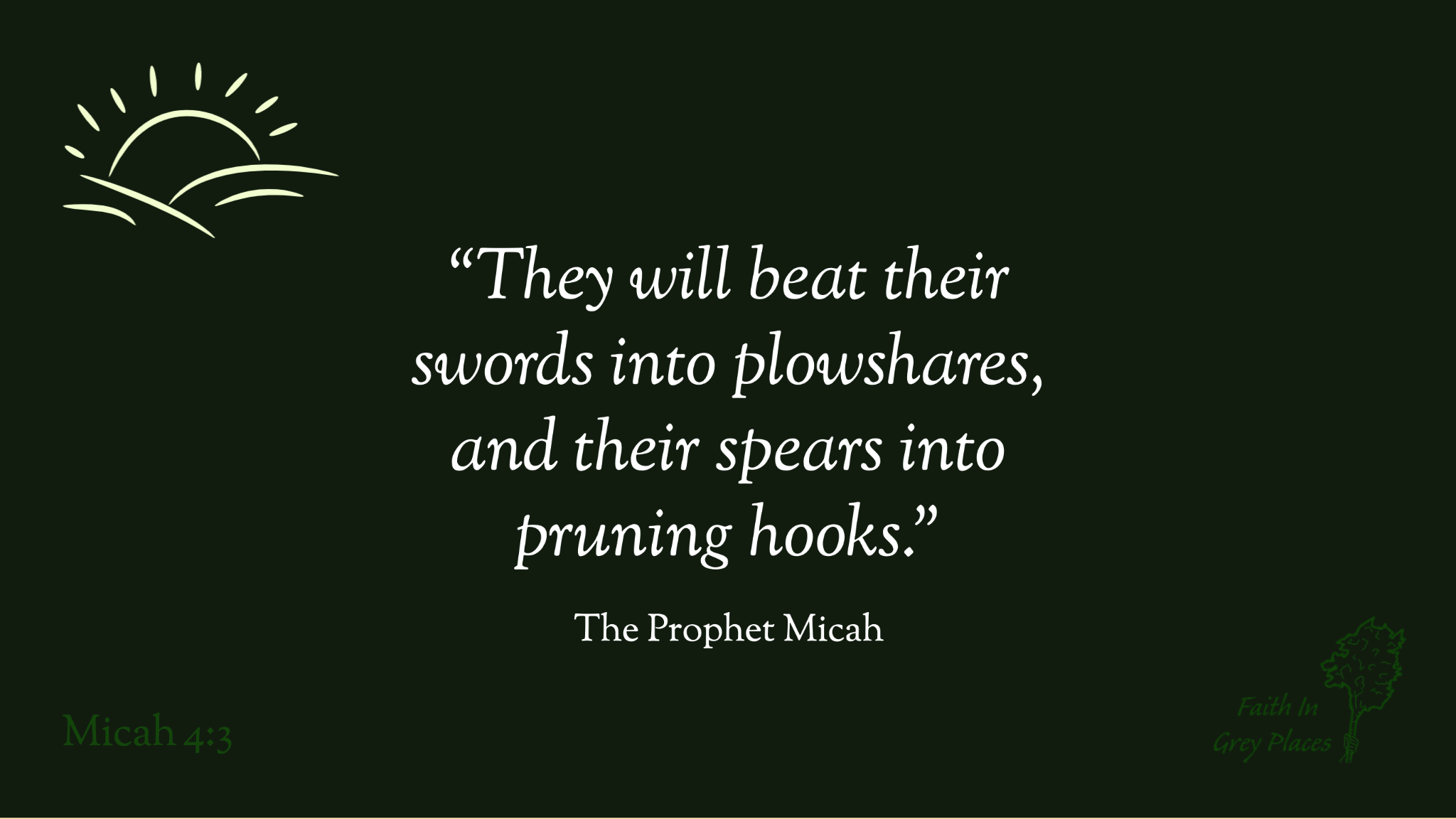 I once read a fantasy novella called The Emperor’s Soul, by Brandon Sanderson. It was all about a magic of forgery, where you could make alternative identities for people and even objects. But for an alternative identity to stick, it had to be plausible. The more plausible it was, the longer it lasted. (I highly recommend the book.)

I found this a fascinating and creative take for how we bring about change. Change only happens if people can envisage the new way of being; ideas only get traction if they’re seen as achievable.

And perhaps this is why nuance is so hard when we want to change things for the better. Change is a delicate process and the new way of working needs to embed over time; only then will it be secure and grounded. It often needs to take shape in distinct stages before the transformation can be said to be complete.

I once heard Sarah Corbett speak; she’s an activist and author of How to be a Craftivist: The art of gentle protest. She said she often writes down ‘KLU’. It’s short for ‘keep looking up’ and I’ve found it such a good reminder.

Because it’s not just that we need to remind ourselves of our goals and dreams. It’s also that our vision changes as our imagination grows. Transformation, activism, whatever you want to call it, is about weaving what we imagine into the fabric of what already is. And the more we dream, the more we dare to dream.

So if you are in the long hard struggle of campaigning for change, I encourage you to never surrender dreams. Instead, keep nurturing your imagination, search to unlock the imaginations of other people around you, and keep looking up.

My best friend used to say that heaven will smell of freshly baked bread. For me, heaven is sitting in a library with a good book and cup of tea. I guess we each have our own ideas of what a perfect world looks like.

In ancient Israel, contentment was for each person to sit in peace under their own vine and fig tree. It’s not my choice of image but every time I read this prophecy, I’m moved by it. I feel that ache for a world that is not quite here yet.

Micah was a contemporary of Isaiah, so a little while before the exile. He was the first the predict the fall of Jerusalem, calling the people out for dishonesty and corruption. But he also predicted restoration.

That said, with words like “they will no longer train for war,” many believe this prophecy hasn’t been fulfilled – yet.

So, let’s wrap things up for this week.

The story of this poem from Isaiah, goes something like this.

Christians read this prophetic song at Christmas, because hope for the future is a big part of the Christmas story. We believe Jesus will bring about a time of everlasting peace and prosperity. He is that promised leader, who will completely fulfil all the good promises of Isaiah and Micah. He was, and is, and will be, the good king who will reign over all peoples with justice and peace – forever.

That’s why we celebrate his birth as good news.

Tomorrow, we’ll look at another prophetic song. This one is from the New Testament – written by Jesus’s mother, when she was just a teenager.

What do you think of, when you imagine a perfect life of peace? Tell God about it now.