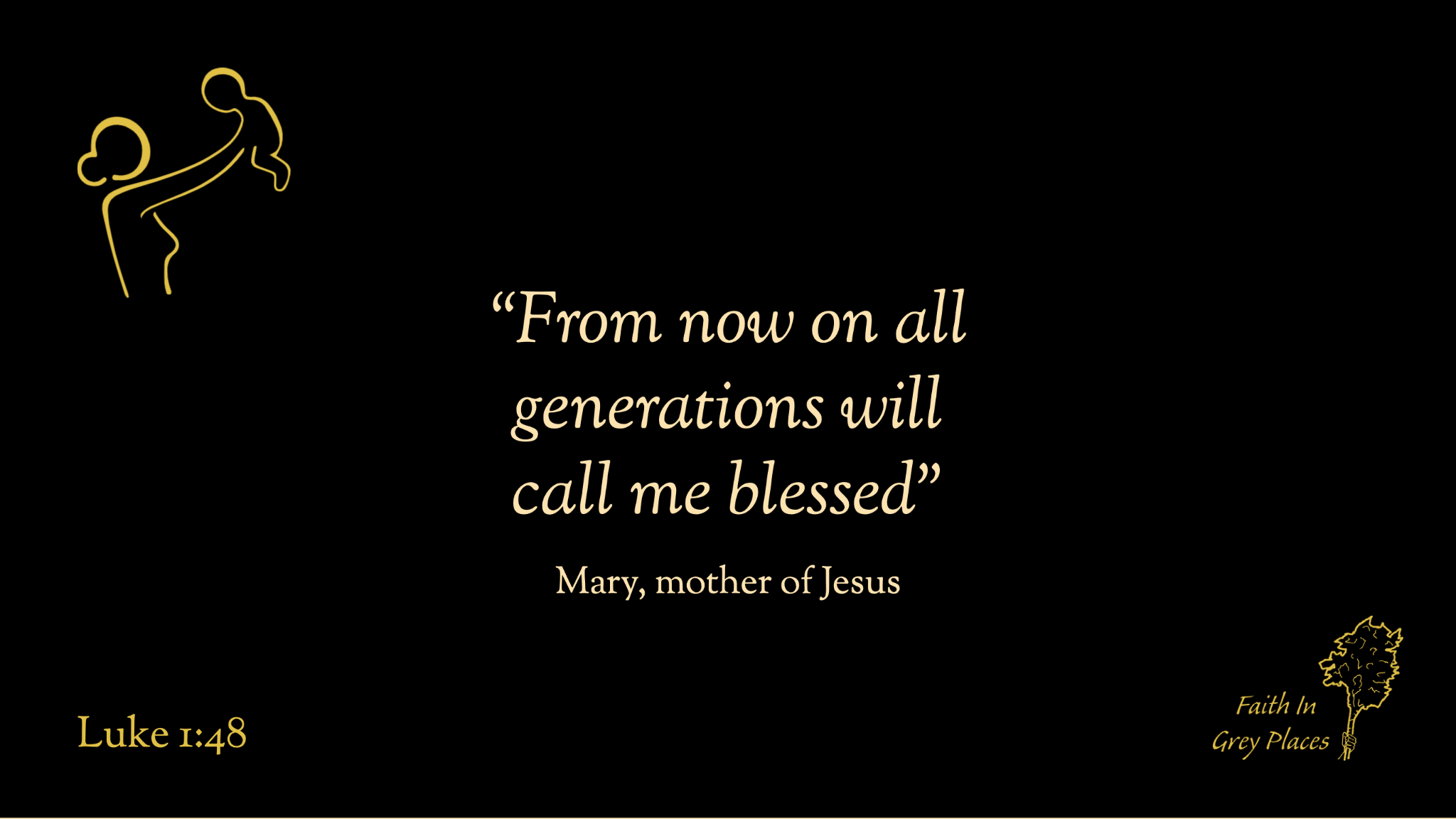 This week, we’re looking at the song of Mary.

If you ask me, it’s massively underrated.

I’ll talk more about Mary on Thursday, but she was Jesus’s mother. A young Jewish woman, most likely a teenager, she totally knew the music of her culture.

Growing up, I didn’t think much of Mary’s song. We sang it in very high English, to boring tunes. And we called it by its Latin name, the ‘magnificat.’

But there’s also what people didn’t say. No one said, “Hey, you want to know what Christmas is about? Read Mary’s song.” If someone tried to explain the good news, they would give you an analogy or draw a diagram. They wouldn’t point to this song.

I guess it’s partly because she was writing within the Jewish tradition – which the church hasn’t studied well. And maybe the church preferred to think of Mary as a musician, but not a theologian.

Whatever. I get to appreciate it now.

Before that, let’s talk timeframe briefly.

Jesus was probably born between 6 BCE and 4 BCE.

So, very close to when our calendar switches from BCE to CE. And there’s no year zero. Our current system was devised about 500 years later, by a monk called Dionysius the Humble (or ‘Dennis the Insignificant’). He calculated the date of Jesus’s incarnation (that is, the time Jesus took human form) and made that year 1, like for the first year a king’s reign.

Except his calculations were a little off. Whoops.

The church uses this system and refers to years as BC (Before Christ) or AD (Anno Domini – that’s Latin for ‘year of our Lord’). The abbreviations BCE (Before Common Era) and CE (Common Era) are much more recent, but refer to the same dates.

Meanwhile, until 1752, the British calendar year began on March 25 – nine months before December 25. Which is why the UK tax year begins in April.

And now you know.

I don’t have kids. Maybe I might one day, though probably I won’t. Either way, I’m not fussed about having descendants to carry on my or my husband’s family name.

Jewish women in the ancient world had a very different mindset. Having children was a way to gain social status and financial security. Continuing the family line was also a Very Big Deal. And, of course, having kids can be immensely fun and rewarding.

Mary sang this song when she went to visit her cousin Elizabeth. By that point, Mary knew she would bear Jesus, and Elizabeth was also six months pregnant with her first child. For both women, bearing children was a big deal. But having sons who were long foretold by the prophet Isaiah? That went way beyond their expectations.

That’s why her song is so thankful that God ‘noticed’ her. She hadn’t expected it, she was a nobody from a poor family. But God had turned her into a somebody and she was excited.

One thing I love is how unashamed Mary is. In her culture, people thought about the collective far more than the individual. But she enthusiastically proclaims what God has done for her as an individual.

Not only that, but she says all generations will call her blessed. Christians interpret this as being about the church – how we would honour Mary over the centuries to come. And it’s true that Mary is revered in the church, and the Roman Catholic church in particular.

But is that what she had in mind? Because it sounds more like a reference to the early origin stories of the Jewish people.

The first patriarch, Abraham, didn’t have any children until his old age, but eventually his wife Sarah bore a son. Though both were quite flawed individuals, Abraham and Sarah have been remembered with honour ever since. The Jewish people believe that through the Sarah’s descendants, all peoples of the earth would be blessed.

I wonder whether Mary was comparing herself and her child, to Sarah and Sarah’s son. If so, that’s pretty bold.

And it’s an awesome piece of theology.

What would it mean for you to feel ‘noticed’ in a good way? Tell God about the areas of your life that you would like to be known for. Offer them up to him and ask him to nurture them so that you find achievement and satisfaction in them.