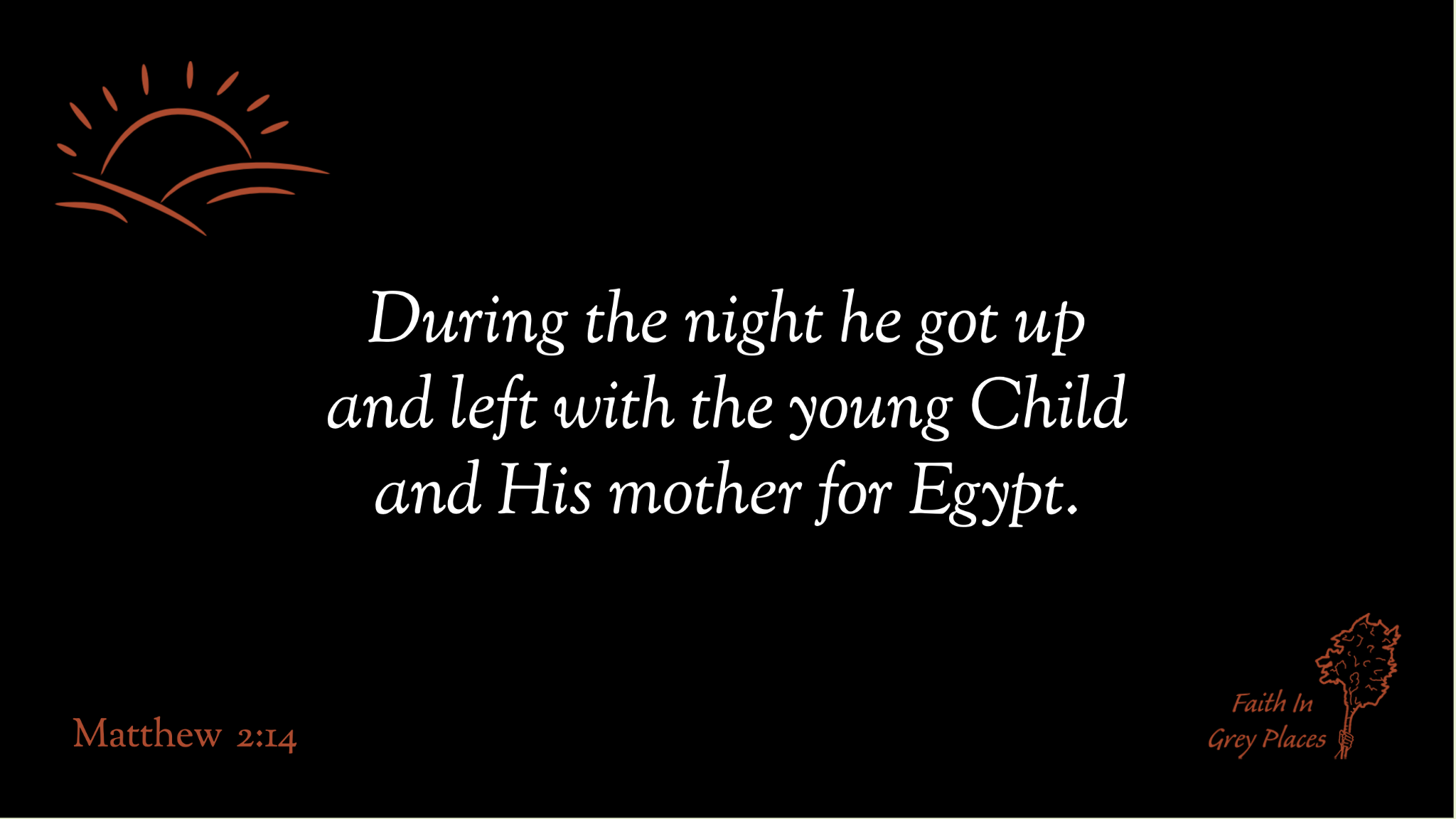 At the start of this series, I said the Christmas story both begins and ends with tears. Today, I want to look a bit more at that ending. Sorry, it’s not easy going.

A woman once told me her account of when she’d been sexually assaulted. When I said I believed her, she said people often doubted her because she was calm when she spoke about it.

I replied saying that she had become practised at telling her story; after all, she’d had to tell it to police, to social workers, to family, to friends, to her employer and to domestic violence workers. I said she probably wasn’t nearly so calm the first time. And she laughed; she hadn’t thought about it that way before.

When we hear stories of trauma and atrocity, we often come with expectations. There are limits on what we think could ever happen. We have ideas about how a credible witness would relay their account.

However, history has often proven our expectations wrong. So, I want to keep an open mind as we consider this part of the Christmas story.

Jesus was born centuries after the exile had begun and ended. However, the Jewish people were still under foreign occupation.

By the time Jesus was born (~6 BCE), Rome was the regional super-power. The man ruling Judea (that’s the Roman name for Judah) was Herod, referred to as Herod the Great. He was pretty tyrannical, though probably not much worse than his contemporaries. He reigned from 37 BCE until he died in 4 BCE.

Herod’s family had converted to Judaism, so you could say he was a Jew. He also had the support of Rome and the Roman senate even proclaimed him the ‘king of the Jews.’

But Jesus was also a Jew. And prophecy said he would be king.

As an aside, you might be wondering why I’m now talking about ‘the Jewish people’ rather than ‘the Israelites.’

When the exile ended, people returned first to its southern part, Judah. That was where their chief city Jerusalem was. As they acted to preserve their cultural identity, they began to refer to themselves as ‘Yehudi.’ It means “one who comes from ‘Yehud’ (Judah).” ‘Jew’ is the English equivalent. The term is only used in a handful of Old Testament books, but frequently throughout the New Testament.

The Bible passage for today is from after Jesus was born; probably two years had passed. It’s in the New Testament gospel account written by Matthew. (Oh, and ‘gospel’ is another word for ‘good news’.)

It is possible that the massacre didn’t happen. It’s not mentioned by other historians of the time. But then, it might have not have been newsworthy in the context of everything else Herod was doing. Historians agree Herod was capable of this kind of atrocity.

But who was Rachel? And where was Ramah?

The Jewish people are descended from three patriarchs: Abraham, his son Isaac, and his son Jacob. Polygamy was a thing back then and Jacob had two wives and two concubines; one of his wives was called Rachel.

Through these four women, Jacob had twelve sons and at least one daughter. The descendants of the twelve sons became twelve tribes, and when the people settled in Israel they distributed the land between the tribes.

Now, Ramah is a town a few miles north of Jerusalem. It was in the territory of the tribe of Benjamin, who was one of Rachel’s sons. When the people in the southern part of Israel were taken into exile, they were first rounded up in Ramah. This event was recorded in an Old Testament book written by the prophet Jeremiah (Jeremiah 40:1).

Matthew is linking the events of Jesus’s life to long-foretold prophecy.

Remember: this is how people in the Roman world showed that something was genuinely true. Matthew was showing that Jesus was also displaced from his country, in an exile of sorts. He also explaining why Jesus was born in Judah, but grew up and lived in Galilee.

As I said at the start of this series, Herod’s massacre is not something I’m comfortable with. But I am compelled to respect this part of the Christmas story as an account of trauma, if nothing else.

If I’m honest, I think it happened. I don’t think Matthew would have invented it just for literary foreshadowing. Because there’s nothing glamorous about atrocities, even for survivors. I could also believe the numbers were ‘small’ enough that much of the world could ignore it.

That said, I find comfort in knowing that the Christmas story knows just how bad the world can be.

And just how good we need Jesus to be.

The carol I wanted to introduce this with is Coventry Carol. It’s named that because it used to be performed as part of the Coventry mystery plays – dramatisations of Bible stories. Not many of the plays have survived, and this carol was nearly lost in the 19th century following a library fire. But it’s one of my favourites.

You can read more about it in this article from Vox, How “Coventry Carol,” a lullaby about killing babies, became a Christmas song.

Who are the groups of people that you weep for today — whose lives are have been taken or are in peril, through no fault of their own? Name them before God. Tell him about your grief and lament. Remind him that we need his justice to prevail. Ask him to remember these people – both those have died, and those who remain.