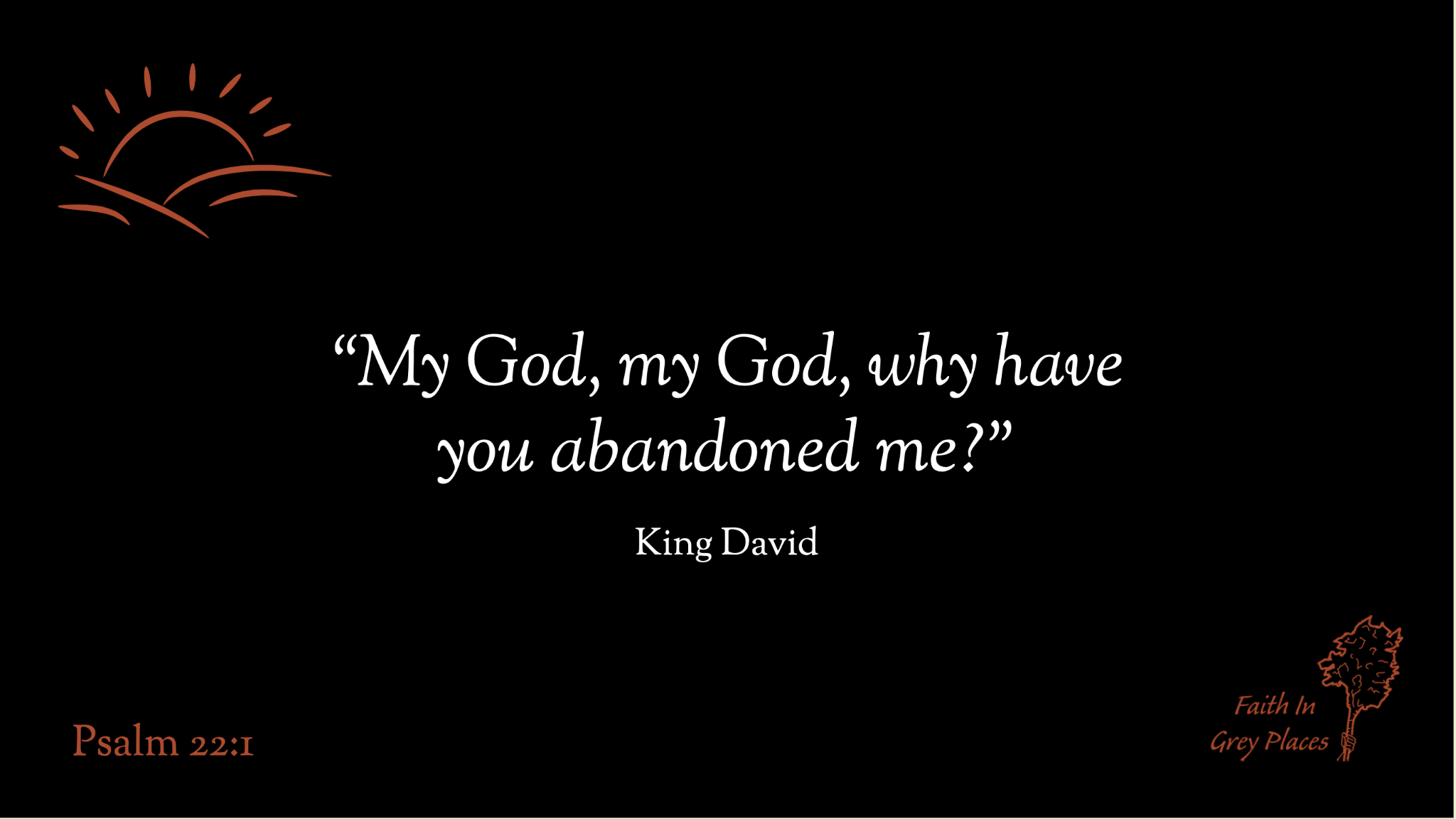 It’s funny how stories help us bear the unbearable.

A couple of years ago I watched a Danish crime-thriller series called ‘Department Q.’ Based on a series of books, it was about two police officers who investigate cold cases. Fair warning: these stories are very grim and violent!

The last episode, A Conspiracy of Faith, was about a serial killer and extortionist tried to destroy devout believers’ faith.

What struck me was how, despite his cruelty, despite his cunning, despite his having the upper hand, the police officers and their colleagues didn’t give up. Good people died, sustained serious injuries, or lost a loved one, but they all kept going. They didn’t hold back saying, “If we keep going, this might cost us even more.”

I found it healing to see the police team’s determination, even in their weakness, to keep going until the killer was caught and stopped.

It made me think that I want to be that kind of person, who keeps persisting, even when the world around me is wretched.

Of course, I would much rather be in a world where there aren’t any murderers or extortionists. I would rather have a world where there is no oppression, no lack and no suffering. But that’s not our present reality. And I can’t pretend the bad guys only need a little handholding in order to do the right thing. The world is grimmer than that.

As much as I would like to live in peace, because I want all people to live in peace, there are some things I have to stand against. Which means I am going to have enemies — and that’s hard. I live under the daily pressures of, “What if I’m wrong? What if I’m the bad guy? What if this isn’t the right way to bring about change?”

I have to live, knowing that the world desperately needs change, and that I can’t change it on my own. It’s easy to be overwhelmed.

And you know what? Many people are overwhelmed; I don’t blame them.

That’s why it means so much to me to have stories of people who would not be overcome, even in their weakness.

The third longest book of the Bible is a compilation of songs and they’re a real mixture: joyful, thankful, mournful and vengeful. Even a single song (or ‘psalm’ as we call them) can go full swing from one emotion into another very different one.

Psalm 22 is attributed to a musician and shepherd called David. He was also a warrior and king for 40 years, and he wrote a large number of the psalms recorded in the Bible. I guess with great power comes great publishing opportunities.

We’re talking about ~1000 BCE. That is, some time after Moses, but still a while before the exile.

With no shortage of political enemies, David came within an inch of his life several times. But he died peacefully in his old age and was remembered as Israel’s greatest king. Don’t get me wrong, he had his faults and he did some pretty terrible things – even by the standards of his time. But he was an example of someone who was humble and who sought after God’s heart. And that idea – of a good king who remembered the poor and vulnerable – never went away.

The songs that David wrote, never went away either. We can guess which events of his life inspired them, but it’s fair to say that later generations identified with his words. What’s more, Christians believe that some of his songs were prophetic, even predictive of future events.

In particular, we interpret verses 16-18 as describing the horrific manner in which Jesus died (aged about 33). For now, let’s park the whole question of why Jesus died the way he did.

My point is this: the Israelites had a strong sense of how the world was not OK, and how they needed God’s help to overcome their adversaries. Though I live in a different time, with a very different worldview, I still relate to this.

What’s more, when I look at Jesus, I see someone who experienced the worst that humanity has to offer, who felt his own weakness, and yet was not overcome.

And that doesn’t go away.

Which stories do you look to for encouragement? Who would you describe as someone who overcame? Focus on just one person, whether real or fictional; make it someone who inspires you without making you feel daunted. Then sit with that thought and tell God what specifically you admire about them. Maybe write a list. Ask God to kindle that same strength in you.