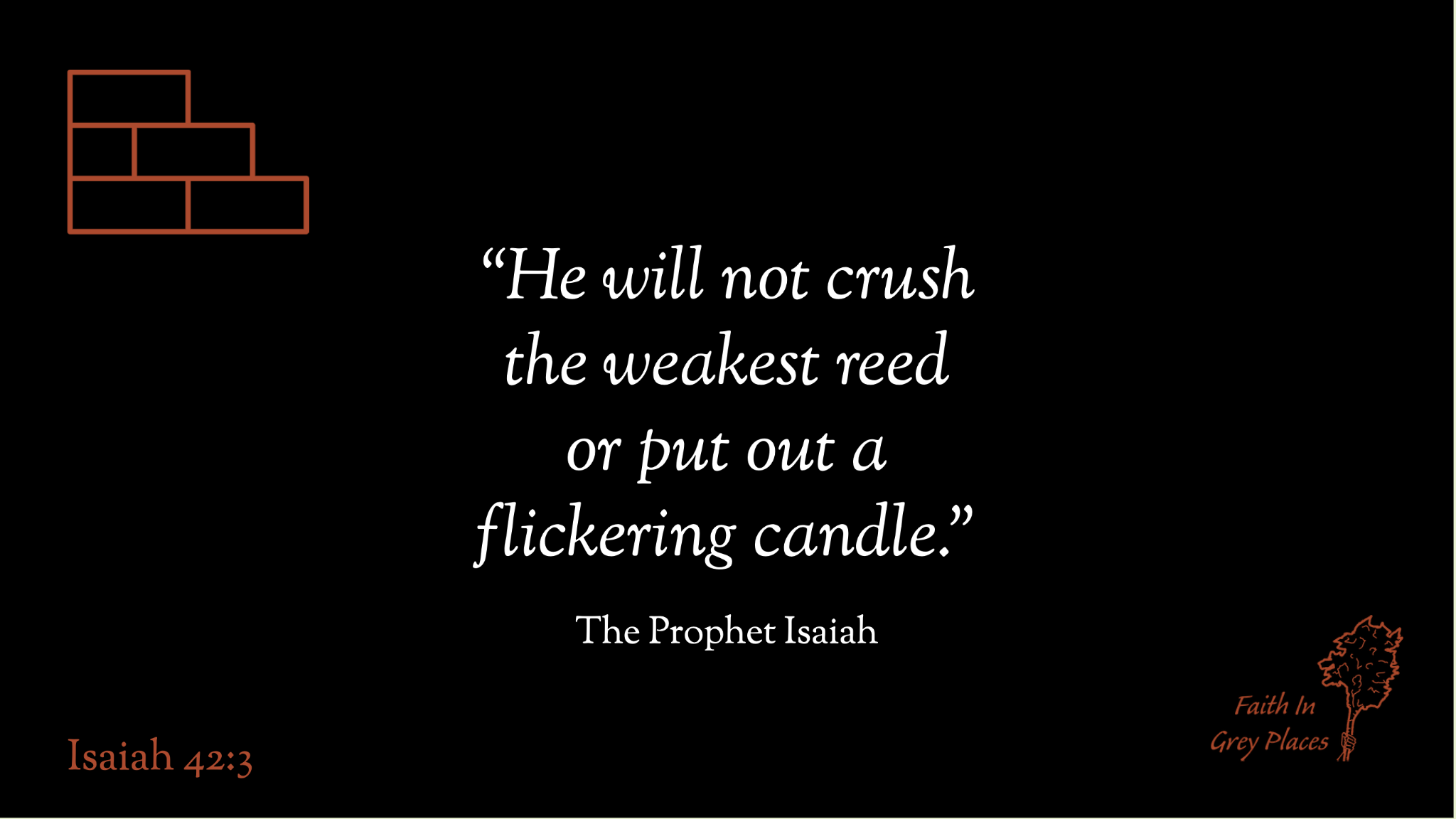 Take fast fashion. It’s not technically a crime, but it’s polluting, it impoverishes communities, and produces vast amounts of waste. It does these things unsustainably. And it’s largely because people see clothes as disposable.

So we might say that throwaway culture is a crime of sorts.

But what of the things we actually call crimes? While some crime is malicious, a lot of it is driven by pre-existing injustice and inequality.

When people don’t have the basics of what they need to be healthy, when they don’t have stability, they get desperate. They find methods of making ends meet. Those methods aren’t always pretty and can trap them on the wrong side of the law. At which point they become fodder for exploitation. It cycles.

We have to find a sustainable way of dealing with this. It’s not that I think crime is good. But I’m yet to see a single ‘zero tolerance’ policy that works. And the problem is only going to get bigger.

In the summer of 2019, temperatures were over 40 Celsius in Europe and over 50 Celsius in India. Meanwhile I sat in an air-conditioned room. But climate change is on course to cause displacement on a scale we’ve not seen. And I don’t want to imagine the global unrest as places become uninhabitable and entire communities lack the very things they need to live.

We have to decide now what kind of people we want to be – especially when we’re the ones with privilege. How will we react when we see people doing desperate things, even when those things cost us? Because labelling it ‘illegal’ and inflicting punishment isn’t an answer. Well, I suppose it is an answer. But it’s not sustainable.

And it assumes that the lives and wellbeing of some kinds of people are disposable.

Ultimately, I believe we are all made in the ‘image’ of God. Each one of us carries indescribable value and immense capacity for creativity. We should all have the chance to thrive, no matter what our circumstances.

When Jesus lived on earth, he didn’t treat anyone as disposable. Instead, he reached out to people whose lives had been written off, and he gave them hope.

I said there were four ‘servant songs’ in Isaiah. This is the first of them.

And it’s all long foretold.

I love how this song is about God reaching out to the unworthy.

When you take the Old Testament prophecies that Christians associate with Jesus, there’s a wide variety of tone and themes. Some are exultant – triumphing about how the powerful will be brought low and the humble lifted up. Others are very focussed on the nation of Israel.

And if you read them on their own, it’s easy to feel a bit daunted. Like this promised deliverer is just for some people. Or that he’ll be like a storm passing through – where you’re not sure if you’ll be lifted to safety or swept away altogether.

That’s why it’s important to hold the prophecies in balance with each other. What they’re trying to describe is multi-faceted and intricate. We can’t understand it all at once – we have to digest it in lots of smaller, simpler images.

This particular prophecy shows God’s heart is not just for Israel, but for everyone. God’s servant will bring righteousness to the Gentile nations. Unlike other prophecies, the aim here isn’t to stop the other nations from oppressing Israel. It’s so that the Gentiles can live in the freedom that comes with walking in God’s ways.

I also love how this poem shows God’s capacity for delicacy and gentleness. He’s attentive to our needs and vulnerabilities.

In many ways, Jesus’s death – or rather, his cross – is a paradox in Christian thought. It’s a symbol of judgement against oppressors, condemning their oppression as wrong. It vindicates the oppressed and offers comfort and hope to them. But it’s also a symbol of hope and redemption to oppressors as well – for even they can turn from their ways.

I believe Jesus came to be a gateway for everyone. Not because God is willing to compromise on matters of justice, but because his generosity is boundless. It is within his power both to restore damaged lives, and to transform those lives that people didn’t even realise needed saving.

So whatever your circumstances, be assured of this: there is space for you in the hope Jesus offers.

Thank God for his generosity of spirit and gentleness of heart. Ask him for a renewed sense of his concern for you and your wellbeing. Ask him to place within you that same sense of compassion, that no one may be overlooked or outcast.