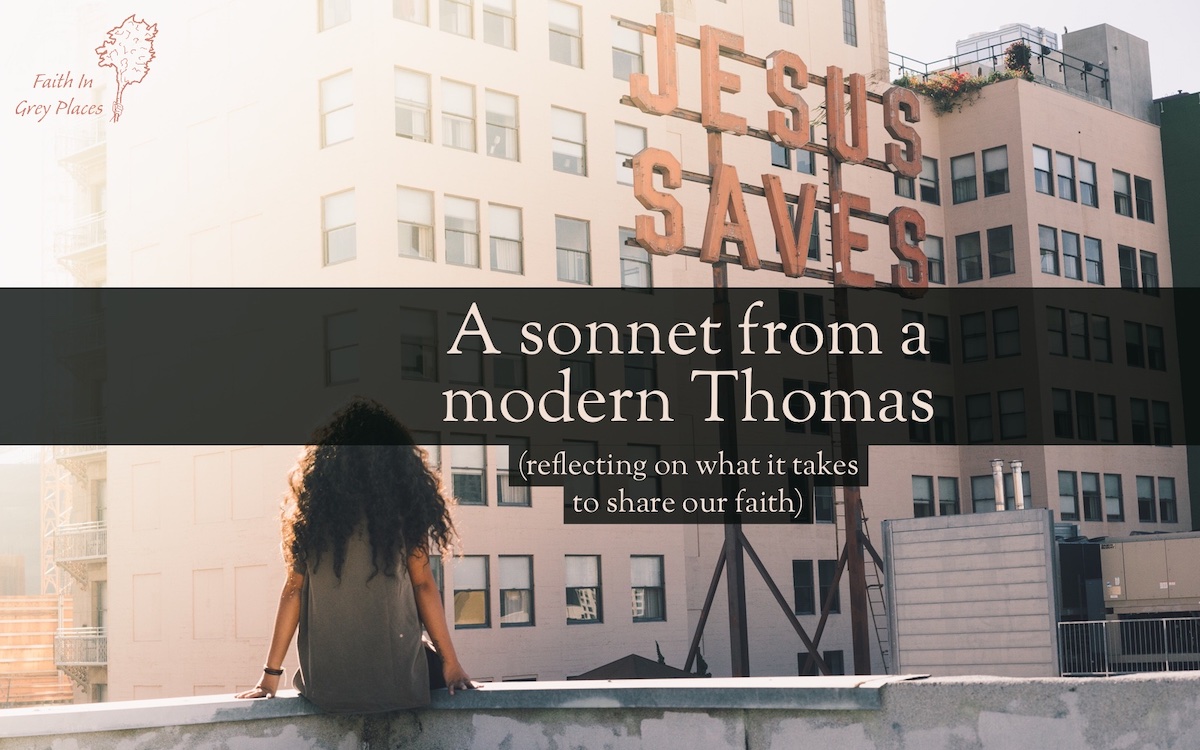 Previously in the gospels when people had asked for a sign saying that they would then believe, Jesus refused them. So I find it interesting that Jesus just offers himself to Thomas here.

One of the difficulties I personally face in my life of faith is the feeling that I should be able to share my faith on the barest of evidence. And I find that awkward; if I’m sceptical that I would come to faith on that basis, how can I expect other people to believe?

And there are still areas where I have my own doubts. I don’t want my witness to other people to be forced or steeled against my lived reality. But I don’t think sharing our faith with other people needs to be like that.

With that in mind I wrote this poem.

Sonnet from a modern Thomas

O Lord, you know exactly what I need.
You see me from afar and search my heart
Discerning what will quench my mind’s unease.

But give me more – a cup that overflows,
A basket that cannot contain its loaves,
That when I speak, I speak beyond all fear.

It’s not that I would leave my reason, or
Would be coerced in my confession, nor
Do I believe that you would want such things.

So give me plenty, for I want to give,
And lead me gently as I look to live
And speak and act and share my hope in you.

Pour blessing upon those who have not seen
And courage upon all who have believed.

Photo by Edwin Andrade on Unsplash