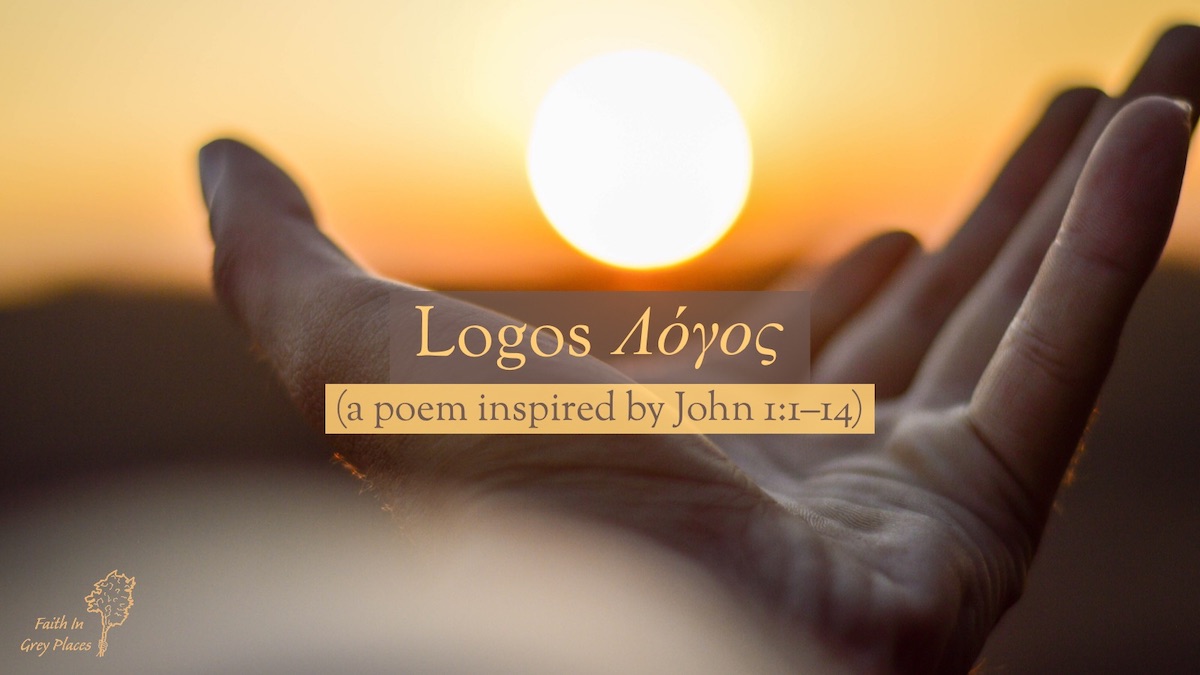 Today’s reading is John 1:1–14: John reveals the mystery of the incarnation.

I just love the rich grandeur of John’s narrative:

Today’s poem is an acrostic poem, spelling out the Greek word, ‘logos’ which means ‘word.’ Both instances of the letter o are short, so it’s pronounced ‘log-oss’. It’s not like the English word ‘logos’ (being the plural of ‘logo’) which has two long vowels in it.

And if you weren’t aware: Greek had two characters for the letter O. One has a short sound, the other a long sound. The short sounding letter is called ‘omicron’ and the long sounding letter is called ‘omega.’ Which makes sense: ‘micro’ meaning small, ‘mega’ meaning large. (Omega is the last letter of the Greek alphabet; hence in Revelation Jesus said, ‘I am the alpha and the omega,’ meaning that he is the beginning and the end.)

Anyway, in describing Jesus as the word, or The Word, John conveyed the sense that Jesus was (is) the driving order and reason behind the whole universe. I’m probably not explaining that very well. The point is, a lot of weight and meaning goes into the word ‘logos.’

And whilst the phrases ‘God’s word’ or ‘God’s Word’ are often applied to the Bible, that’s not strictly accurate. Jesus is God’s Word.

So yes, thinking about words, today I decided to write an acrostic poem.

Light of all truth,
Life of all humankind,
Love made flesh.

Origin and goal of creation,
Orator of eternal words,
Only begotten Son.

Glory of the Father,
Giver of abundant grace,
Grantor of inheritance.

Onto him, all sin was laid, yet
Over him, darkness has no power;
Of his ways, all nations will learn.

See, he came and dwelt among us.
Sing, he has saved us from death.
Stand, he will come to his own once again.

Photo by Aamir Suhail on Unsplash