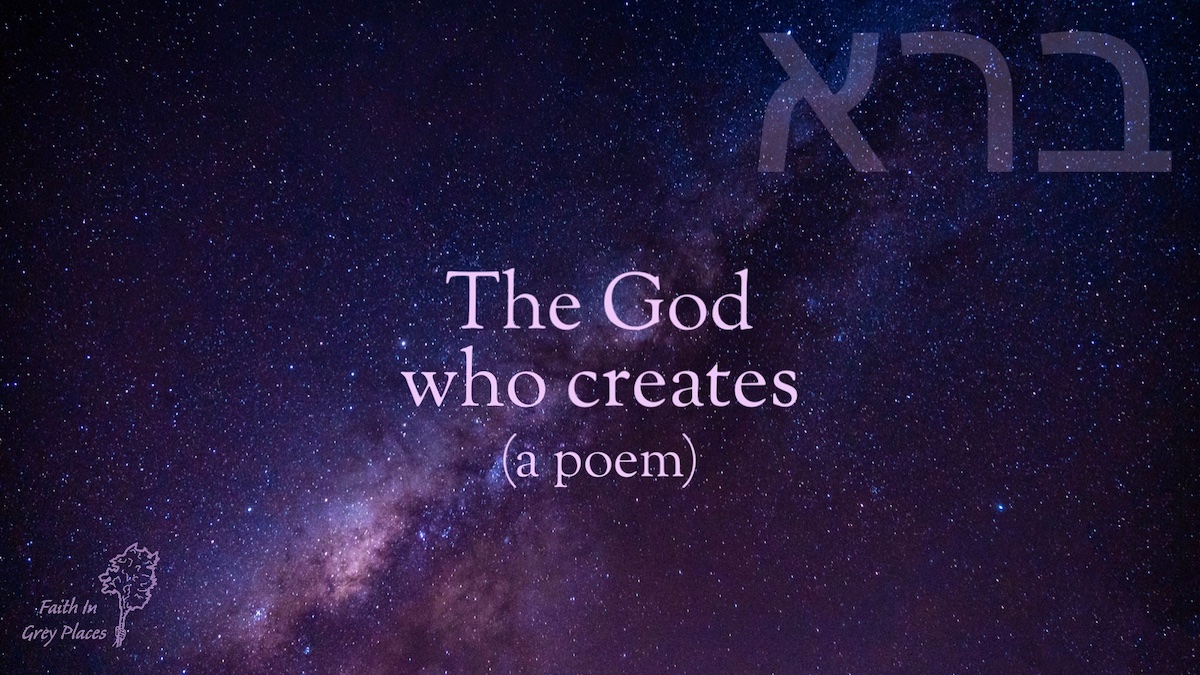 Today the verb I’m looking at is ברא / bara. It means to create, but unlike other Hebrew words for forming, making or doing, bara is a theological term. The subject is invariably God.

That is, only God creates.

How do I know? Because I went to the library and accessed the Hebrew and Aramaic Lexicon of the Old Testament(HALOT), published by Brill. This thing is epic. And for completeness here’s the citation:

A few things to know about bara:

When I looked through the ways that barah is used (as opposed to עשׂה / asah, meaning to make/do, or יצר / yatsar, meaning to form/fashion) I got the feeling that bara is about creating something completely new — something which did not previously exist.

Hence of course the Bible frequently says that God created the heavens and the earth, and human kind, and that he will create the new heaven and new earth. There’s a sense in which God creates something no one had seen before. Hence its use in Isaiah 41:19–20:

I will put in the desert
the cedar and the acacia, the myrtle and the olive.
I will set junipers in the wasteland,
the fir and the cypress together,
so that people may see and know,
may consider and understand,
that the hand of the Lord has done this,
that the Holy One of Israel has created it.

So for today’s poem, I focussed on the idea of God bringing something out of nothing.

the God who gives life to the dead and calls into being things that were not.

All poems in this series are listed here.

The God who creates

You are the God who brings into being.
What was not, becomes.
The null acquires meaning,
The void gains substance.

Measure and matter,
Time and transition,
All existence owes itself to you.

You transform creation,
Known becomes new,
Wonder engulfs the familiar
Until no words are left.

Photo by Ivan Jevtic on Unsplash